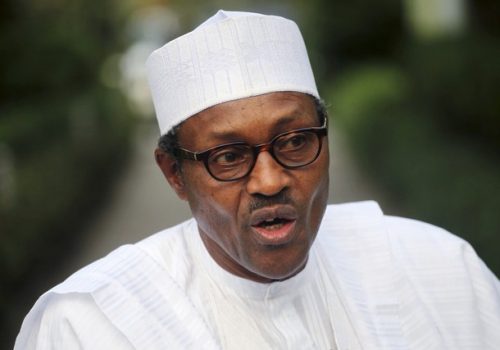 President Muhammadu Buhari has urged university graduates in the country to utilise their energy for entrepreneurship, innovation and creativity.

Buhari gave the advice in his address at the 11th Convocation ceremony of Nnamdi Azikiwe University, Awka on Friday.

He said the government was striving hard to put in place an enabling environment for the sustenance of the entrepreneurial spirit of the people and challenged the graduands to key into the engaging opportunities.

Represented by the Minister of State for Education, Prof.Anthony Anwukah, the president described education as the “fulcrum through which the socio- economic development of any society could be leveraged”.

He said world economies were not sustained by public sector jobs alone but by entrepreneurial-driven small and medium scale enterprises.

The president assured that the Federal Government would continue to give priority to education, particularly the university education.

“University education and other tiers of education should indeed go beyond the transition of knowledge and skills.

“Universities should also strive to inculcate values, tolerance, respect for the rights of others, respect for constituted authority and the rule of law and order.

“Patriotism and the need not only for competition but also for collaboration and teamwork, among others,” he said.

Buhari called on the graduands to deploy the knowledge and skills acquired for the advancement of the country.

In his remarks, the Vice-Chancellor of the University, Prof. Joseph Ahaneku, said 6, 550 graduands were conferred with first degrees, 288 with post graduate diplomas, 846 with masters degrees and 203 with PhD.

The vice-chancellor said that 7, 887 graduands were conferred at the ceremony with various degrees.

“The University, through its Chike Okoli Centre for Entrepreneurial Studies, has entered into a collaboration with the ABInBev Hero’s Foundation on the kick start programme of the Foundation.

“The intent of the programme is to instil a culture of entrepreneurship among youths in South-East by encouraging them to develop and nurture ideas into a sustainable business or expanding existing businesses”.

Ahaneku said the institution was furthering its linkages with universities and other relevant organisations to enrich the academic content of its programmes.

He said the awardees had distinguished themselves through their unwavering commitment to selfless service to the country.

Also speaking, the University Chancellor and Gbong Gwom Jos, Da Jacob Gyang Buba, commended the Federal Government for the financial assistance and other support given to the institution.

Responding on behalf of the honorary awardees, Nnamani commended the institution for the award and promised that they would continue to contribute their quota to all facets of the economy, especially the education sector.

He expressed satisfaction with the infrastructure development of the institution and urged its management to maintain the tempo.