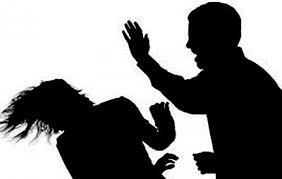 Tolerating violence against women in the workplace will have a huge cost to employers, the UN Entity for Gender Equality and the Empowerment of Women (UN Women) said on Thursday.

Mlambo-Ngcuka urged Governments and institutions alike to take responsibility for putting in place adequate standards and measures to prevent such practices.

The UN Women chief pointed out that violence against women has long-term consequences.

She said that Children who watched their mothers and sisters beaten up at home could become perpetrators themselves or unhappy persons when they grow up.

She also said that women could die from violence and experience various forms of suffering, including physical and emotional damage, trauma, stigma, and limited access to the labour market.

According to her, employers will also have to pay the heavy price in the form of lost productivity, legal cost, high turnover, sick leaves and damaged reputation.

“To prevent violence against women, institutions must take responsibility for addressing the issue at the macro-level by setting standards and putting in place preventive measures”, she said.

She said that a survey conducted by ILO and Gallop found that one of the top three challenges women find in workplace is “abuse and harassment”.

“The world of work goes beyond the physical workplace to include commutes, social events and home,” she said.

She stressed the importance of addressing the issue through an integrated approach that includes prevention, protection and assistance to victims.

Tomei said ILO is leading efforts to set a new global standard by 2019 or 2020 against violence and harassment in workplace.

The panel discussion, titled: ‘Ending Violence against Women: Prevention and response in the world of work,’ was sponsored by the International Labour Organisation (ILO) and UN Women.

The event was held on the sidelines of the 61st Commission on the Status of Women, known as the largest inter-governmental forum on women’s rights and gender equality.