Fish With Bladder Disease Gets Wheelchair 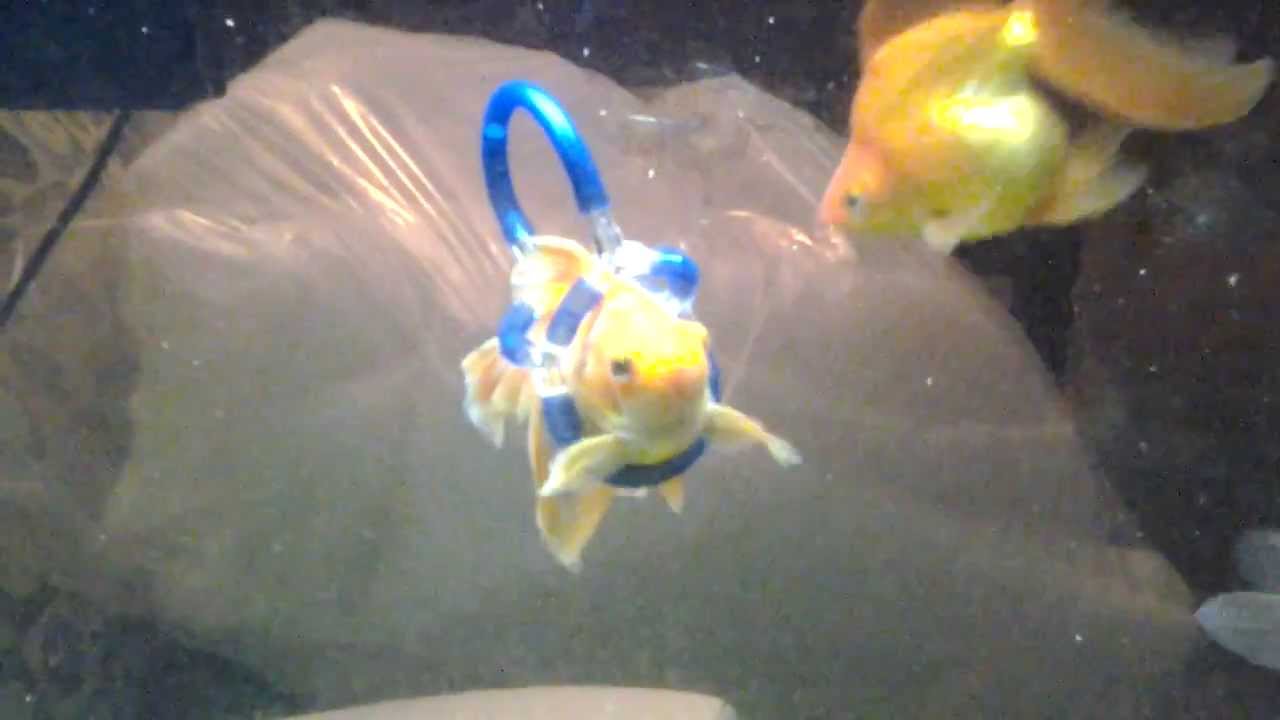 The inventor of the device, Derek, from San Antonio, Texas, fitted the fish with a makeshift wheelchair after a customer approached him at the aquarium he works at to ask about the disease.

The fish suffers from swim bladder disease, which prevents it from controlling its buoyancy in the water. The swim bladder is an organ that helps fish stay stable in the water, but when it’s deformed or infected, it can cause a fish to swim upside down or float to the top of the tank.

The fish in question couldn’t hold itself upright and was often stuck at the bottom of a fish tank. When diet changes and water treatments failed, Derek decided to make a one-of-a-kind ‘goldfish wheelchair’ that would prop the fish up and allow it to stay afloat.

Derek told Buzzfeed News of the invention: ‘I got some airline tubing that people usually use in their tank and just placed it around the goldfish. I added some valves to the bottom of it, which acted as a “chair” to prop him up.

I added weights to the bottom of the “chair” and something to keep him afloat on top (styrofoam), and slowly removed pieces until I achieved just the right buoyancy to make it easy for him to swim around without feeling like he’s dragging around a chair.

Social media users are touched by Derek’s decision to go above and beyond to help the little fish swim once again. As the photos went viral, Dean shared an update to say that the goldfish was ‘doing fine’.