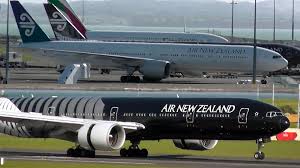 Flights from New Zealand’s Auckland Airport are returning to schedule after a runaway dog near the tarmac was shot dead by police because it was delaying planes taking off.

Sixteen domestic and international flights were delayed for safety reasons at the nation’s busiest airport while the dog was on the loose for three hours, a spokeswoman for Auckland Airport, Lisa Mulitalo, told Reuters.

“The dog was clearly distressed and wouldn’t let anyone near it so the decision was made to shoot the dog,” she said.

“Of course it was dark for most of the time it was on the run, they tried everything they could, but just couldn’t lure the dog back, I think it was just freaked out,” he said.

Mulitalo said the backlog of delayed flights would likely be cleared during the morning.