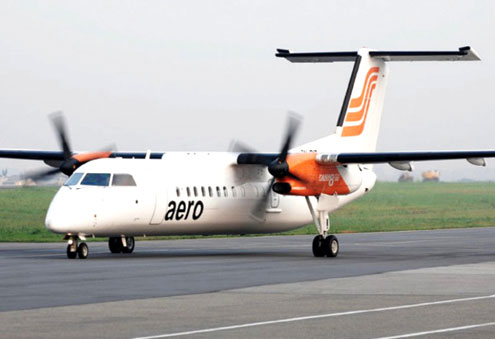 The National Union of Air Transport Employees (NUATE) has threatened to disrupt Aero Contractors’ operations by Monday, if the airline refuses to recall over 700 workers sacked recently.

Abioye described the sack of the workers as an exercise in “bad faith” to the industry and the country in general.

“By Monday, the whole world will know what is really happening in Aero Contractors. We are going to shut down the operations of the airline.

“There is no place in the world where people will work for 20 to 25 years and you will disengage them and ask them to go home empty-handed.

“This has never happened before, so it will not happen in Aero Contractors,” he said.

Abioye accused Asset Management Corporation of Nigeria (AMCON) of not acting in the best interest of Aero contractors and its workers since the takeover in 2013.

He assured that NUATE, alongside other aviation unions, would ensure that the affected workers were paid their entitlements and benefits before the airline could dismiss them.

The airline, which is under the management of the (AMCON), had sacked more than 700 workers, representing 60 per cent of its workforce.

The Media Consultant to the airline, Mr Simon Tumba, who confirmed the development in a statement issued on Thursday in Lagos, said the workers would be paid their pension and gratuity.

Tumba explained further that letters of redundancy were issued to the affected employees during the week.