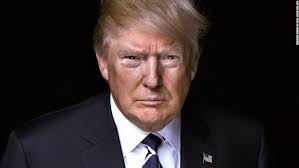 U.S. President Donald Trump has asked for another 30 billion dollars for the Defense Department to rebuild the armed forces and accelerate the campaign to defeat the Islamic State of Iraq and Syria (ISIS).

Trump made the request in a letter to House Speaker Paul Ryan, according to a statement by the Department of Defense, the request was for 2017 fiscal year, which ends on Sept. 30

“The fiscal 2017 budget amendment provides 24.9 billion dollars in base funds for urgent war fighting readiness needs and to begin a sustained effort to rebuild the armed forces, according to the president’s letter.

“It represents a critical first step in investing in a larger, more ready and more capable military force.

“The request includes 5.1 billion dollars in overseas contingency operations funds so the department can accelerate the campaign to defeat ISIS and support Operation Freedom’s Sentinel in Afghanistan, he said.

“He noted that the request would enable the Department to pursue a comprehensive strategy to end the threat ISIS poses to the United States, ” the statement read.

John Roth, the acting undersecretary of defense-comptroller, said “our request to Congress is that they pass a full-year defense appropriations bill, and that the bill includes the additional 30 billion dollars.

Roth said much of the money in the 2017 fiscal year request is funding for operations and maintenance.

“This is the essence of what keeps this department running on a day-to-day basis. It keeps us up and allows us to get ready for whatever the next challenge is.