My victory, a win-win for Africa, Nigeria football-Pinnick 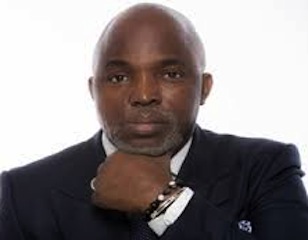 Newly elected Confederation of Africa Football, CAF Executive Committee member, Amaju Pinnick has described his victory in the polls as a win-win situation for African and Nigerian football.

Speaking on his arrival at the Muritala Mohammed International Airport from Addis Ababa, venue of the 39th CAF General Assembly, Pinnick, who also doubled as the president of the Nigeria Football Federation, NFF, thanked the Federal Government of Nigeria, the Nigerian football fraternity and the media for their support.

Pinnick assured that Nigerian football would be a major beneficiary of his new position and that the national would no longer play a peripheral role in the administration of African football.

He joins Danny Jordaan of South Africa, Musa Bility of Liberia, Suleiman Waberi of Djibouti and Faozi Lekjaa of Morocco as newly elected members of the CAF Executive Committee from 2017 to 2021.

Also on Wednesday’s congress, Madagascar FA president, Ahmad Ahmad produced a shock victory at the congress to emerge as the new president of CAF, ending Issa Hayatou’s 29 years at the helm.