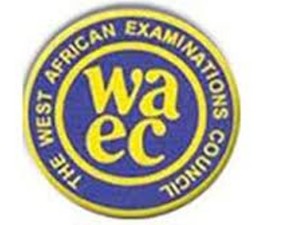 The West African Examinations Council (WAEC) says it plans to reduce the waiting days for the release of its West African Senior School Certificates Examination (WASSCE) results to 60 days.

The Head of National Office (HNO), WAEC in Nigeria, Mr. Olu Adenipekun, told the News Agency of Nigeria (NAN) that the waiting days will now be 60 days as against 90 days previously.

Adenipekun spoke on the side-line of the council’s 65th anniversary celebration which began on Thursday in Lagos.

According to him, the development is one of such steps being taken by the council to meet its mandates of delivering quality service to all stakeholders.

“All hands must be on deck to ensure that the innovation, tagged: `Project 60’, is effective from this year.

“For sometimes now, we normally use about 90 days, from the day of the last paper of the examination to release the result.

“For the past 15 months, when I assumed office as the HNO in Nigeria, we have been working to reduce that ‘waiting period’ by 50 per cent.

“This is what initially brought about what we had also called `Project 45’ but we want to take it gradually,’’ Adenipekun said.

He said that for the 2017 May/June WASSCE, which is about to start, the intention of the board was to release the result within 60 to 65 days.

He added that council was hoping that in the next two years, it would be able to release results of its examinations within 45 days after the last paper is taken.

On whether the development was tied to the JAMB’s insistence that candidates should make their WASSCE results available as prerequisite for admissions, the HNO said that it was not meant to address any issue.

Adenipekun noted that one of the major objectives for introducing project 60 was to reposition the council and portray it as an organisation that was delivering its mandate.

According to him, WAEC should also be seen as being always ready to review its operations and delivery time.

“This may also come as good news for our current SSS 3 students, who are about to write the 2017 WASSCE.

“Basically there is need for our SSS 3 students to be happy because they are our principal stakeholders.

“I am sure reducing the waiting period will even make them happier,’’ he said.