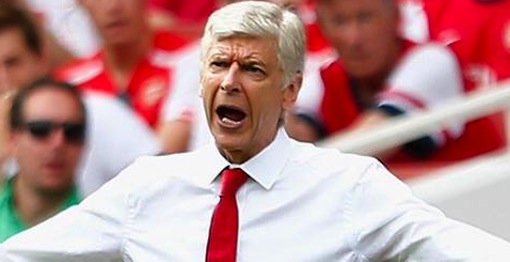 Arsenal manager Arsene Wenger says he will announce “very soon’’ whether he will remain at the Gunners after reaching a decision on his future.

The Gunners boss was speaking after a 3-1 English Premier League loss at West Brom on Saturday meant for them a fourth league defeat in five matches.

The loss increased the pressure on the Frenchman and left Arsenal facing the prospect of not finishing in the top four for the first time since he joined in 1996.

The 67-year-old continued: “Today, I do not necessarily worry about that. We are in a unique bad patch we never had in 20 years.

“We lose game after game at the moment and that for me is much more important than my future.’’

Wenger’s current contract expires at the end of the season, but he has been offered a new two-year deal to stay at the club he joined in 1996.

He has come under increasing pressure in recent weeks, with fans responding to defeats in both the Premier League and the UEFA Champions League by calling for him to leave.

Arsenal lost 2-10 aggregate to German side Bayern Munich in the Champions League’s round of 16.

On Saturday, more anti-Wenger banners were held aloft by Gunners fans in the closing stages at The Hawthorns.

In the first half, two planes pulled banners overhead — one criticising the Frenchman and the other supporting him.

“We’ve never had this before,’’ he said about his side’s run of form. “We face big problems to regroup and find resources to sort the problem.’’

After the international break, Arsenal’s next Premier League game is against Manchester City, the side they face in next month’s FA Cup semi-final.

“It’s very worrying because we are not used to that [a poor run of form],’’ Wenger said.

“Overall, I think we have a hell of a task to fight back. But we need to regroup and focus on the games coming up, because we have many big games.

“Even though it is a disappointing result, everybody goes away now to recover and prepare well.’’

It was another weak performance from Arsenal on Saturday as they went down to two Craig Dawson headers from corner kicks and a goal from substitute Hal Robson-Kanu.

The substitute scored with only his second touch after coming on.

The Gunners did rally quickly after falling behind through Alexis Sanchez’s 18th league goal of the campaign, but this was completely overshadowed by their vulnerability at the back.

There problems were compounded by injuries to Petr Cech in the first half and Sanchez in the second.

Wenger confirmed that Cech was forced off with a calf problem and that Sanchez was substituted after a knock to his ankle.

“It was a typical Premier League game. A team that likes to play and a team that defends well,’’ he said.

“It was a tough performance. They caught us on set-pieces and one break and that made the difference.

“Overall our record against set-pieces is quite good. We were a bit naive, maybe, on the corner kicks. Then we were punished. It’s a shame. We looked in the second half to take completely over.

“We didn’t create enough. We lost Sanchez in the second half, he was very dangerous in the first.

“He came out in the second half and he couldn’t move any more. In the first half he was a guy who created a lot.

“We face some serious challenges. The (Manchester) City game at home is a big game for us.’’