CAN explains why it won’t investigate Suleman 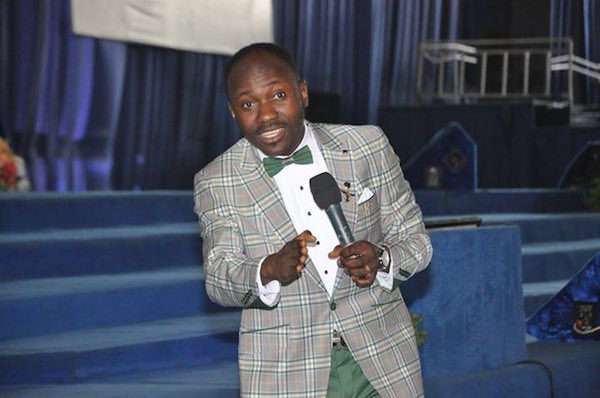 The Christian Association of Nigeria (CAN) has explained why it would not react to the allegations of sexual misconduct levelled against the founder of Omega Fire Ministries Worldwide, Apostle Johnson Suleman, by one Stephanie Otobo.

The Christian body said its concerned was on denominational issues and not personal ones, under which Suleman’s case fell.

Suleman was accused of illegal procurement of abortion, threat to life and attempted murder by the said lady, Otobo.

Concerned Christians, a Christian group called on CAN to investigate the allegations to find out the truth.

Reacting, CAN, however, said it had no right intrude into someone’s private life.

A source was quoted by PUNCH saying that, “CAN provides an umbrella for Christian denominations and it is a bridge between the church and the nation, not between individuals. This issue has to do with individuals, ethics and morals. So it is the denomination that Suleman directly subscribes to that should look into it and not CAN.

“The CAN cannot be involved. What is happening is not an official issue. It is a personal issue. The man has denied the allegations made by the lady, but she insists and we are told that their lawyers and the appropriate authorities are already involved. If it was a matter that had to do with the church now, we would have waded into it. You will be aware that when the man was being harassed because of what he preached and said, CAN stepped in. We declared our position on that but this other matter is a little bit complex.

“If CAN comes out to say the man is being persecuted because he is a Christian, people might say that we are defending what is not defendable and that the matter is immoral. Also, we don’t have an investigative department that deals with that in CAN. But if he is with the Pentecostal Fellowship of Nigeria, then the body can investigate the matter. CAN is an umbrella body for denominational blocs and not for individual Christians per se.”