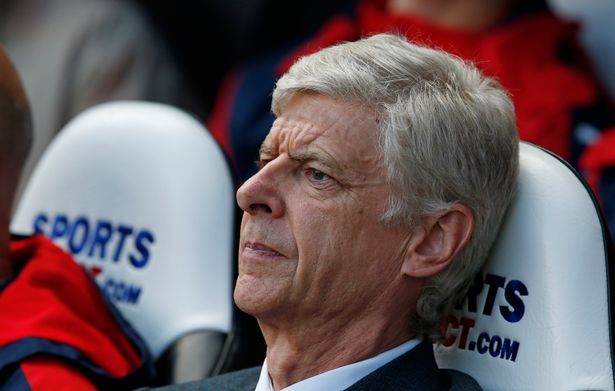 Arsene Wenger : says he rejected job offers from English Premier League clubs, because of his strong link with Arsenal

Craig Dawson scored twice as West Brom inflicted a big blow to Arsenal’s hopes of a top-four finish with victory at The Hawthorns.

Dawson capitalised on some awful defending from the Gunners to head both of his goals from corners – the first to give the Baggies the lead, the second to seal their win.

Arsenal had initially rallied after falling behind, levelling through Alexis Sanchez’s close-range finish – the Chilean forward’s 18th goal of the season.

However, they fell behind again 10 minutes into the second half when substitute Hal Robson-Kanu rolled the ball home with only his second touch after coming on.

BBC reports that Arsenal, who lost goalkeeper Petr Cech to injury, were outfought and unable to rally a second time, their challenge wilting soon after Danny Welbeck’s header from a corner struck the crossbar.

It was an eventful encounter, both on the pitch and above it as two planes pulling banners – one pro-Arsene Wenger and the other against the Arsenal boss – made circles around The Hawthorns.

Wenger’s future beyond the end of this season remains unknown, but the facts are these – Arsenal trail fourth place by five points (albeit with a game in hand).

They must arrest a run that has seen them win just one of their last five league games if they are to continue their proud record of finishing in the top four in each of Wenger’s 20 seasons at the club so far.