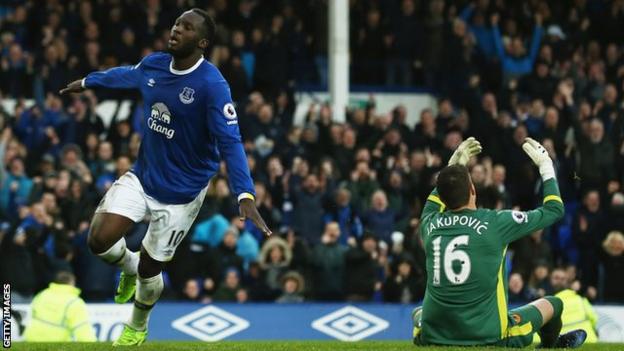 Romelu Lukaku ended a week in which he turned down a lucrative new contract offer with two goals as Everton beat 10-man Hull City to move level on points with fifth-placed Arsenal.

Sam Clucas and Andrew Robertson both wasted chances for the visitors before Tom Huddlestone was shown a straight red card for a challenge on Idrissa Gueye.

Substitute Enner Valencia doubled Everton’s lead before Lukaku struck twice in stoppage time to take his Premier League tally to 21 for the season.

BBC reports that Lukaku started the week by turning down the most lucrative contract offer in Everton’s history before ending it at the top of the Premier League goalscoring charts.

Everton fans refused to turn on the 23-year-old and instead roared when his name was announced over the speakers before the game.

He had twice gone close from distance before he struck in the first minute of stoppage time after being put through by Valencia.