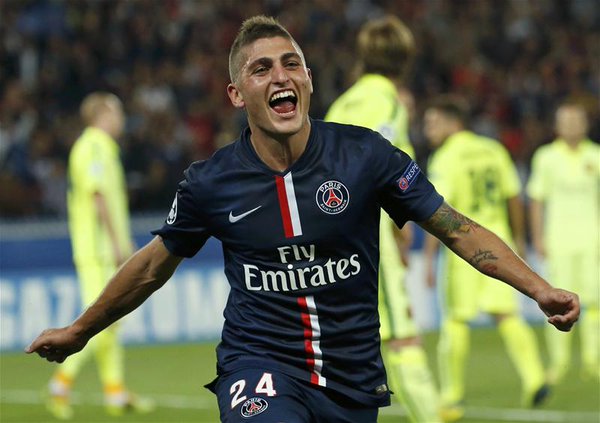 As per the Daily Star, Manchester United are chasing for the signature of Paris Saint-Germain midfield star Marco Verratti as the Italian begins to rethink his commitment to League 1 side.

The 24-year-old central midfielder has been a long-time target of a number of Premier League top clubs and has often been asked about his future.

The Italy international has always insisted he is happy at Parc Des Princes but their recent humiliation to Barcelona in the Champions League has supposedly changed his mind.

According to the Spanish newspaper Mundo Deportivo, Verratti has instructed his agent Donato Di Campli to find him a new club. And it is believed that Manchester United are on the top of his wish list.

It’s understood that Di Campli has already filed a number of offers for Verratti, who has also attracted the attention of Inter Milan in recent months.

The report adds that Serie A champions Juventus are also keen on the Italy international after failing to adequately replace Paul Pogba this season after the France international rejoined Old Trafford club in the summer.

However, Man United should meet the £70m valuation of the Italian midfielder if they want to bring Verratti at Old Trafford.