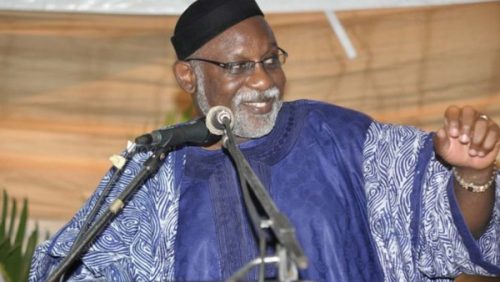 Ondo State Governor, ‎Oluwarotimi Akeredolu, has solicited the assistance of the African Development Bank (AfDB) in boosting commercial agricultural in the state.‎

Akeredolu made the call when the AfDB President, Dr Akinwumi Adesina, visited him on Sunday in Akure.‎

The governor explained that the continental bank’s support was necessary to facilitate the cultivation of high-quality cocoa, palm oil and cassava in the state.

Akeredolu urged the AfDB president to make the bank’s presence felt at the grassroots through agriculture for the rapid development of the state.

According to him, job creation is a cardinal programme of his new administration with an emphasis on entrepreneurship in agriculture.

Earlier, Adesina said that the state’s economy could be jump-started through agriculture and expressed optimism that the new administration would bring about rapid development in the state.

Adeshina was a recipient of an honorary doctorate degree at the 28th convocation of the Federal University of Technology, Akure (FUTA) on Saturday.