Ife Crisis: Culprits Must Be Brought To Book – Minister 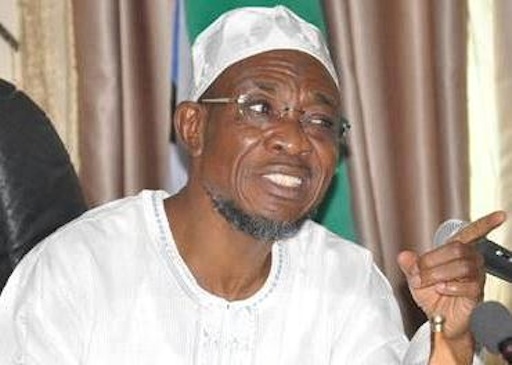 The Minister of Interior, retired Lt.-Gen. Abdulrahman Dambazau, said Federal government would prosecute persons implicated in the communal crisis in Ile-Ife, Osun, irrespective of their status in the society.

Dambazau stated this while fielding questions from State House correspondents in Abuja on Sunday.

He described those behind the incident as “satanic”, saying that Yoruba and Hausa communities in Sabo area of Ile-Ife had been living peacefully for the past 200 years.

According to him, the issue is not about ethnic or tribal crisis between the Hausa community and the Yorubas but it is the handiwork of disgruntled elements in the affected area.

“It is very clear that this issue is not about crisis between Hausa community and Yoruba community in Ife.

“The Hausa community has been living in Ife for close to 200 years.

“I understand the first settlers arrived there in 1820; these are about fourth, fifth generation of the community and they have never experienced this kind of thing until now.

“So, it’s not about ethnic issue, it is about a bunch of people who constitute themselves into nuisance to carry out this dastardly act and quite a number of them escaped from the community,’’ he said.

The minister, however, assured that security agencies had intensified efforts to bring all those involved in the crisis to book with a view to checking future occurrence.

He said that he and the Minister of Foreign Affairs had visited the affected communities where they all agreed to live in peace and shun any act capable of creating social discontent.

“We made them to understand that they shouldn’t look at it (the crisis) from the point of view of ethnicity, and they all agreed.

“We also emphasised the need for all the warring parties to remain in peace.

“The issue of revenge, reprisal shouldn’t come to anybody’s mind because the government is handling the situation.

“Those that are found to have been involved deliberately, attacking people, taking lives and destroying properties will be dealt with in accordance with the law.

“So, we emphasised that there is the need for us to be in peace because without peace it is impossible to develop, and that was understood by everybody,’’ he said.

Dambazau said that he also presided over another peace and reconciliation meeting at the palace of the Ooni of Ife where all the chiefs in the land attended.

According to him, at the meeting we further reassured the Ife chiefs and the leadership of the Hausa community of Federal Government’s determination to ensure peace and stability across the country.

The minister said that a similar meeting was held in Ibadan, Oyo state, with the leadership of Hausa community in the South-West and chiefs from the region.

He urged the leaders of the communities to champion the campaign for peaceful co-existence among the diverse ethnic and religious groups in the country.

Ten persons were reportedly killed and property worth millions of naira destroyed in a communal clash which occurred about three weeks ago.

The Inspector-General of Police, Mr Ibrahim Idris, had already set up a panel headed by a Commissioner of Police at the Force Headquarters, Abuja, Mr Hammed Bello, to probe the clash.

Normalcy has since been restored to the affected area and people who fled communities during the crisis that lasted for about three days have started returning.

Media reports indicated that relief materials were currently being supplied to the affected communities by government agencies and well-meaning individuals and organisations.