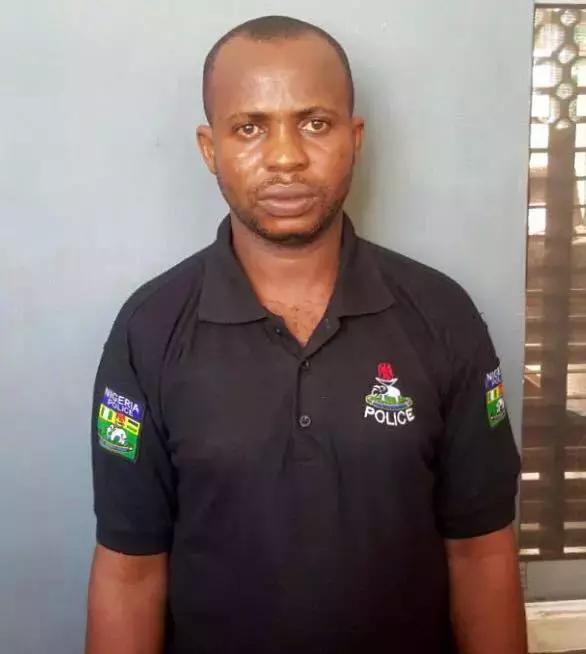 The Police in Lagos have arrested a man for allegedly parading himself as a Chief Superintendent of Police (CSP).

Lagos State Police spokesman, ASP Olarinde Famous-Cole, who confirmed the arrest, said the suspect was arrested on Thursday for terrorising the public in a CSP uniform in Surulere area.

“At about 4pm on March 16, the command operatives attached to Area ‘C’ Command, Surulere, arrested the suspect following reliable information.

“The suspect over the years has been parading himself as a police officer and extorting money and other valuables from unsuspecting public.

“The suspect was intercepted under the National Stadium Bridge, Surulere where he was about to resume his criminal activities.

“On sighting the patrol team, the suspect took to his heels, but was given a hot chase that resulted to his arrest at Shitta Area of Surulere.

“A walkie-talkie, a Lagos State Ministry of Transportation identity card bearing the name, Olayiwola Animashaun and his passport photograph, were found in his possession,” he said.

The spokesman said the suspect later led the detectives to his residence where exhibits, including a traffic task force reflective jacket, police statement forms, and a machete, were recovered from his house.

Famous-Cole said the suspect confessed that he was a former staff of the Lagos State Government but currently without a job.

“He confessed to be operating mostly around Tejuosho, Ojuelegba and National Stadium areas,” the police spokesman said.

Famous-Cole advised the public to be wary of individuals who present themselves as police officers with no proof of official identification.

He urged the public to question such people and alert other security agencies when the need arises.

The spokesman said the suspect would be charged to court after investigation was completed.