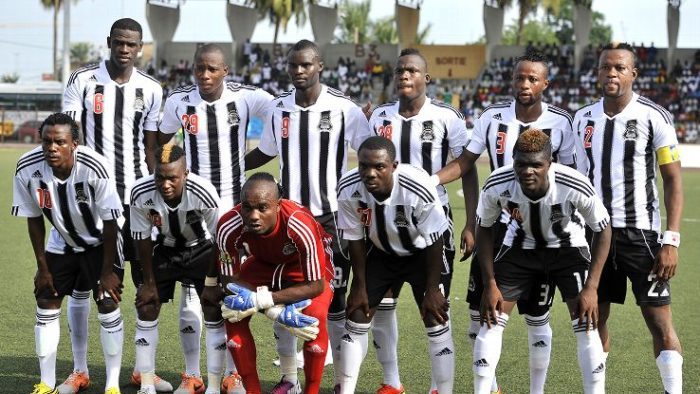 TP Mazembe of the Democratic Republic of Congo suffered a shock exit from this year’s African Champions League, losing on the away-goals ruling to Zimbabwe’s CAPS United in Harare.

The away-goal proved to be crucial for CAPS United who withstood the pressure from Mazembe in the second leg in Harare, earning a 0-0 draw.

According to the BBC, Mazembe, won won the African Champions League in 2015, were left frustrated by the Zimbabwean underdogs on Sunday in their search for a goal.

As in the first leg in Lubumbashi, CAPS United’s goalkeeper, Edmore Sibanda, stood firm to deny the DR Congo giants a chance to score.

It means Mazembe now drop into the African Confederation Cup play-off round, where they will look to defend the title they won in 2016.

The result is a huge accomplishment for CAPS United of Zimbabwe who have returned to the African Champions League after an 11-year absence.

They will now enter the group phase of the tournament which has been expanded from eight to 16 clubs.