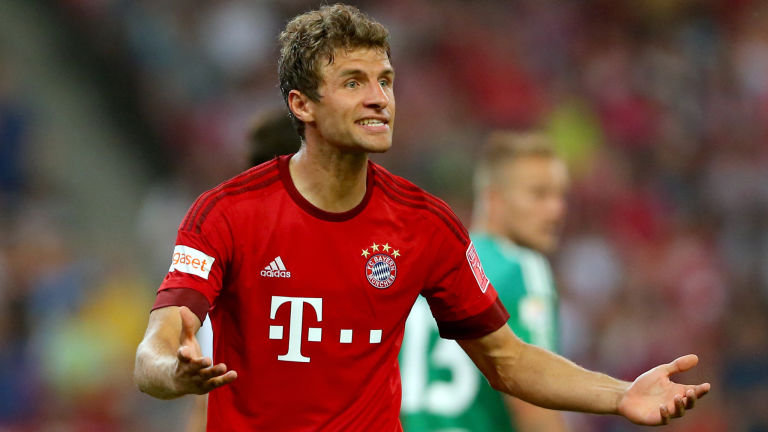 The BayernMunich star has long been linked with a move to Old Trafford.

The Red Devils are believed to have had an £85m bid rejected for the German international last summer.

During his interview, Bayern Munich chief Jan-Christian Dreeson said: “There really was such a thing. Then came a fax from England. For us, however, a sale of Thomas Muller was never discussed.”

But according to Spanish sources, the 27-year-old Muller wants to link up with Jose Mourinho at the Old Trafford.
They say the German striker wants to leave Allianz Arena due to a lack of game time under the Italian manager Carlo Ancelotti.
Muller has struggled to impress for the German giants this season. He has scored five goals and chipped in with 10 assists in all competitions under Ancelotti.
Meanwhile, United are keeping close tabs on Lyon midfield ace Lucas Tousart ahead of the potential summer move.
The 19-year-old youngster was watched by Man United scouts during last week’s Europa League fixture against AS Roma.

The Serie A side Palermo have offered to double Lyon’s £2.25m outlay for the talented youngster, dubbed ‘Le Petit Deschamps’ by French media, but that was refused.

Tousart, who turns 20 in April, played for France against England in last summer’s Under-19 European Championship.