Body of doctor who jumped into Lagoon not yet found, search continues 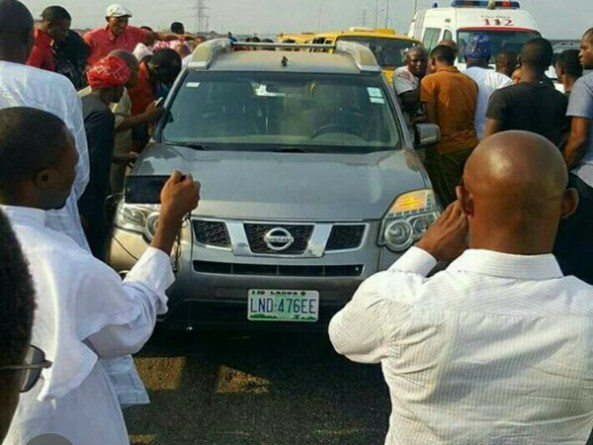 Twenty-four hours after a medical doctor, simply identified as Orji jumped into the Lagoon from Third Mainland Bridge, emergency responders have continued to comb the Lagoon in search of the doctor’s body to no avail.

Orji jumped into the Lagoon from Third Mainland Bridge on Sunday after he asked his driver to stop on the bridge.

As at 5:35pm on Monday, Orji’s body has not still been found. Officials of the Lagos State Emergency Management Agency, LASEMA, local divers, fishermen and others have been searching to retrieve the body of Orji from the water body.

General Manager, LASEMA, Adesina Tiamiyu told PM News that the body had not yet been recovered as the Lagos State Emergency Management Agency and other stakeholders are still on ground.

“The Marine Police and the local divers are still on the patrol of the area,” he said, while advising fishermen and people doing business around the waterways to inform the Agency in case any floating body was discovered on the water.

At Orji’s residence at Odunukan Street, Abule Ijesha, residents refused to comment on the matter while his family members also kept mum as they refused to talk to newsmen.