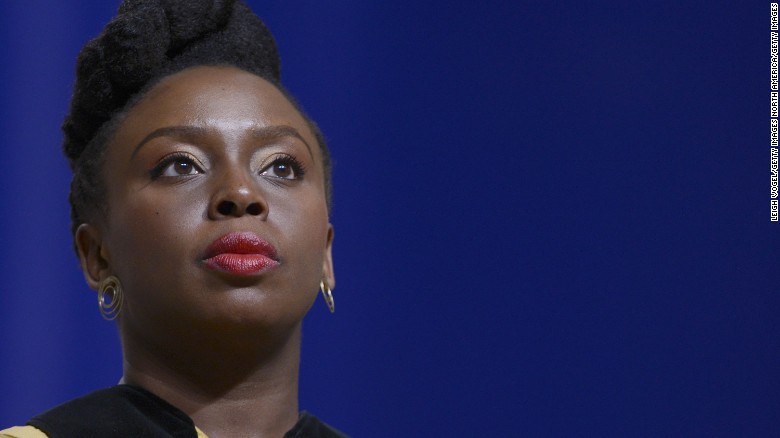 Chimamanda Ngozi-Adichie’s novel “Americanah” has won the “One Book, One New York” campaign by the Mayor’s Office of Media and Entertainment and BuzzFeed.

The office said on Monday that New Yorkers cast their ballots for the book throughout February and said they wanted millions of residents to read it simultaneously.

It stated that the voting which took place in February were both online and at interactive digital kiosks on subway platforms.

The office added that “finally, Americanah was the book most New Yorkers wanted to read, as 50,000 voters who participated in the #OneBookNY campaign voted for it.”

It explained that New Yorkers were encouraged to form their own book clubs and discussions around the book, which detailed the story of a Nigerian couple that left
military-ruled Nigeria.

The office said Americanah centred around two young Nigerian lovers who departed for different cities in the Western world and later reunited in a democratic Nigeria.

Ifemelu, the protagonist, headed for America, where her life as an immigrant changed her perspective on race and identity.

Before being reunited in their homeland, the female protagonist, Ifemelu, was forced to confront new issues of race and class in the United States, and her lover, Obinze, blocked from joining her due to post-9/11 travel restrictions, struggled for dignity as an undocumented immigrant in London.

Published in 2013, Ngozi-Adichie’s novel won a National Book Critics Circle Award for Fiction and was named one of The New York Times “Ten Best Books of the Year.”

The office said New Yorkers could access the full audiobook version for 90 days through a city partnership with the digital reading subscription company, Scribd.

It noted that they could also borrow one of the thousands of additional copies donated by publishers and other organisations to New York City’s public library systems.

It stated that “in partnership with the digital library and subscription service, Scribd, the Mayor’s Office of Media and Entertainment will provide free 90-day access to full ‘Americanah’ audiobook through June.”

It announced that the office would host events like film screenings and panel discussions to drum up excitement about the book and get New Yorkers talking about it in the upcoming months.

Other books voted on included “Between the World and Me” by Ta-Nehisi Coates,
“The Brief Wondrous Life of Oscar Wao” by Junot Diaz, “The Sellout” by Paul Beatty and “A Tree Grows in Brooklyn” by Betty Smith.