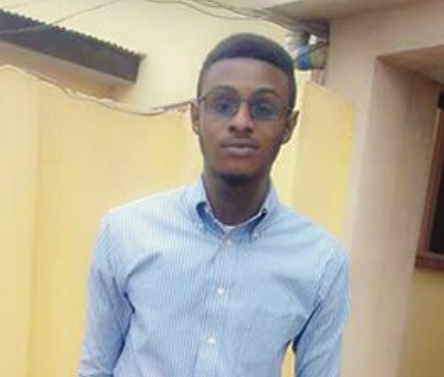 A final year student of the Ladoke Akintola University of Technology, Ogbomosho, Oyo State, Adesoji Adediran at the weekend committed suicide by hanging himself in the hostel.

It was gathered that the 500-level student of Urban and Regional Planning Department hanged himself in the school’s hostel on Saturday.

It was learnt that his roommates, who had been away for a night study, returned in the morning to find his corpse dangling from the ceiling.

The school management was said to have been alerted, which informed policemen from the Owode division, who removed the remains.

The corpse was said to have been deposited in a mortuary for autopsy.

A classmate of the victim, who asked not to be identified, said Adediran’s remains were found around 5.30am, PUNCH reports.

He said, “He has two roommates. The roommates went for a night study on Friday. When they returned to the room on Saturday, they discovered that he had hanged himself with a cable. Nobody has an idea why he killed himself.”

A close friend of the victim, who also spoke on condition of anonymity, expressed surprise at Adediran’s death.

He said, “As his friend, what pained me most was that we still played together on Friday night. He never opened up to me. We asked him to go with us for the night study, but he said he preferred to stay behind. Around 5.30am when we returned, we found his corpse. He was almost done with his final year project and he never complained of anything. We are a clique and we eat together; it was all fun, until we found his corpse.”

He described the deceased as “funny and lively”, saying Adediran couldn’t have suffered from depression.

He said the police from the Owode division removed the corpse from the room.

Our correspondent learnt that the police took statements from the roommates, which were later withdrawn by the deceased’s parents, who insisted on not pursuing any case due to the nature of the death.

According to the PUNCH, the parents also objected to the idea of holding a candle-light procession in his honour, saying they wanted him to “rest in peace.”

This is just as tributes have continued pouring in from friends of the victim on Facebook.

A friend, who identified himself as Horlarholu Xarmoohel Cartel, said the late Adediran was a fan of the Chelsea Football Club.

He said, “Adesoji, can’t believe my eyes when I saw adieu in your name. I don’t know this is what you mean when you said, ‘I am not coming to class again,’ after we sat for a test last week. Haa! SOJ, the best Chelsea fan I ever knew; the best record keeper who doesn’t need Google before he tells you history of football. Already missing you bro, can’t get hold of myself since I heard about your death. I know God knows best.”

Another friend, Adepeju Babatudne, wrote, “Hmmm, I saw him and Tayo (bestie) beside my hostel cracking jokes with friends when we finished that test. I even accused him of not coming for the test, but he replied, ‘I came nah…’ I don’t even know what to write right now because I know what you passed through when we were in 200 level, but why now? Rest on dear.”

When contacted, an official of the school said the management was not aware of the incident.

He, however, promised to get back after contacting a director in the school. He had yet to do so as of press time.

The Oyo State Police Public Relations Officer, DSP Ajisebutu Adekunle, said, “The deceased committed suicide by hanging himself on the ceiling fan. He didn’t leave any suicide note. The case is under investigation. Meanwhile, the corpse has been deposited at LAUTECH morgue for autopsy.”