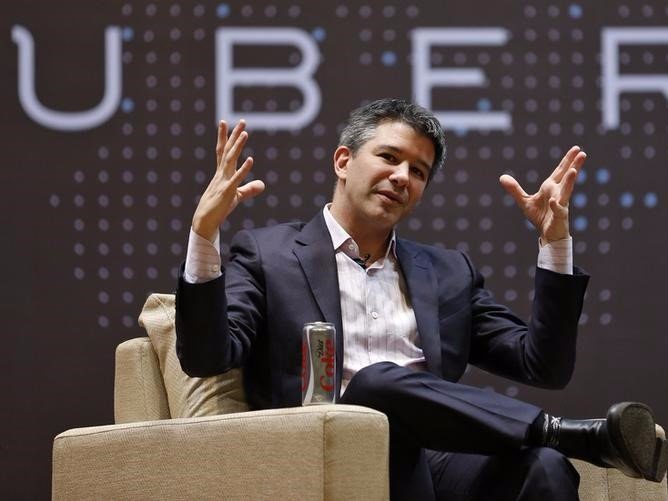 The spokesman said in statement in San Francisco that Jones quit less than seven months after joining the company.

In a statement late on Sunday, Jones said he could not continue as president of a business with which he was incompatible.

“I joined Uber because of its mission, and the challenge to build global capabilities that would help the company mature and thrive long term.

“It is now clear, however, that the beliefs and approach to leadership that have guided my career are inconsistent with what I saw and experienced at Uber.

“I can no longer continue as president of the ride sharing business,” Jones said.

Jones wished the “thousands of amazing people at the company” well.

Jones’ role was put into question after Uber earlier this month launched a search for a chief operating officer (COO) to help run the company alongside Chief Executive Travis Kalanick.

Jones had been performing some of those COO responsibilities. He joined Uber from Target Corp, where he was chief marketing officer and is credited with modernising the retailer’s brand.

“We want to thank Jeff for his six months at the company and wish him all the best,” an Uber spokesman said.

Uber’s vice-president of maps and business platform, Brian McClendon, also said separately he planned to leave the company at the end of the month to explore politics.

“I’ll be staying on as an adviser,” McClendon said in a statement to Reuters.

“This fall’s election and the current fiscal crisis in Kansas is driving me to more fully participate in our democracy.”

Jones and McClendon are the latest in a string of high-level executives to leave the company.

Last month, engineering executive Amit Singhal was asked to resign due to a sexual harassment allegation stemming from his previous job at Alphabet Inc’s Google.