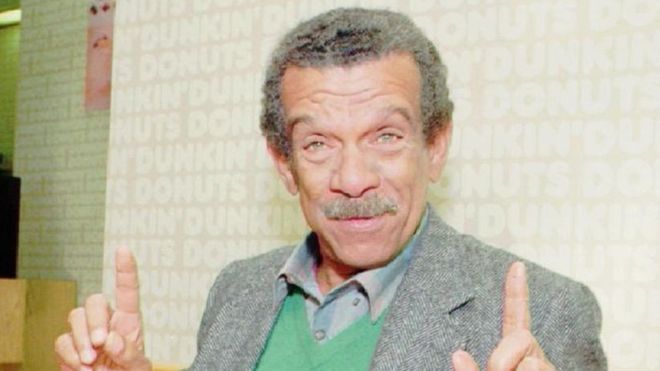 The innings have closed for one of the greatest most revolutionary playwrights in modern English and all everybody praises are his poems. Great as these are, his plays, some forty or so are greater than his poems. The matter of making theatre out of Caribbean life bothered him all his life. It was a continuous argument between him and his fellow Caribbean writers and cultural activists. He moved his native St. Lucia to Trinidad and Tobago where he set up the Trinidad Theatre Workshop in Port of Spain. Here over a period of twenty years he wrote and produced plays that spoke  to revolutions and how to put them on stage. Out of that experience of playmaking came the following statement/conclusion/manifesto:

“The idea of a theatre and the possibilities of their cities bored them, because they had accepted failure as logic. Duty had delineated itself to him – to transform the theatrical into theatre, to qualify the subtlety between a gift and a curse, but this was a society fed on an hysterical hallucination, that believed only the elaborate frenzy now controlled by the State. But Carnival was as meaningless as the art of the actor confined to mimicry.”

It is possible to say that great as Walcott’s poetry  is, that poetry is a handmaiden for his plays. Unfortunately, academics and doctoral thesis writers, even when they advertise ‘playwright’ as part of their thesis claim that they would rather deal with his poetry. Perhaps the remote nature of Trinidad from his final field of achievement, including the Nobel Prize for Literature, made his  plays inaccessible. In the United States, where he moved to after leaving Trinidad and Tobago, he worked as a teacher, not as a playwright. It is also possible to say that Derek Walcott left Trinidad out of disillusionment if one reads his bitterness in his “What the Twilight says: An Overture.”

The Trinidad Theatre Workshop was first known as the Basement Theatre Workshop from the place where they used to meet and rehearse or read plays. The Workshop was formed in 1959 and the first production/performance was done in 1966. In between those years the members of the workshop were involved in patient and vigorous training. The first performance was a double bill of THE ZOO STORY by Edward Albee and THE SEA AT DAUPHIN by Derek Walcott.

In 1973, the Workshop was made up of 29 members – 24 actors and actresses, three dancers, (male and female) and two drummers. Each member made a monthly contribution of two Trinidad and Tobago dollars to the coffers of the Workshop and members were paid for performances on a pro-rata basis. During the

Long period of Derek Walcott as director of the Trinidad Theatre Workshop, they received no state grant. In a situation where millions was being splurged on the Trinidad Carnival, it must have been really saddening not to get a cent for theatre.

Derek Walcott’s greatest artistic achievement cannot be OMEROS, great as that poem is. The play that carries the art and the talent and the dexterity of Walcott is TI-JEAN AND HIS BROTHERS written in 1958, first performed in 1970. While the biggest and the middle brothers are bamboozled with lure of physique and the bribery of book learning, Ti-Jean picks his wisdom from his environment and defeats the big man by sheer refusal to play by his rules. “Debate,” asserts Ti-Jean, “is de bait!”

It is hoped that a balanced life and walks will be written sometime soon. Until then we remember his fascination with Wole Soyinka’s theatre practice and an abiding engagement with THE ROAD.

Derek Walcott is not the totality of Caribbean theatre but he defined its beginning and contributed to its future development.

Kole Omotoso, author of THE THEATRICAL INTO THEATRE: A Study of drama and theatre in the English-speaking Caribbean.