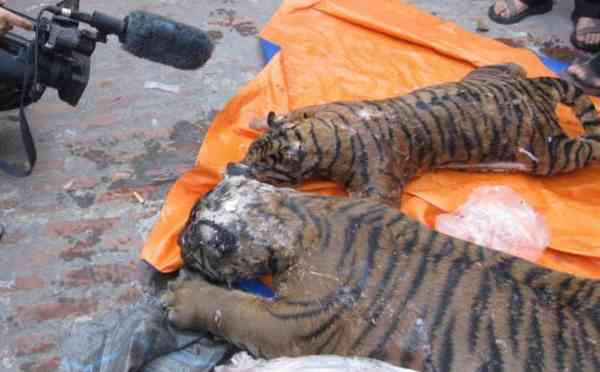 The animal bodies were discovered, with their organs removed, during a raid on a house in the north central Nghe An province, according to Tran Minh Son, deputy head of the Nghe An Provincial Police Department for the Environment.

He told DPA that no arrests were made in the raid, which followed a tipoff, as the house’s owner was abroad.

“If we collect enough evidence, we will take criminal proceedings against the violator,” said Son.

The tigers are alleged to be Indochinese tigers weighing around 100 to 150 kgms each, without internal organs, Viet Nam News reported.

Tigers, which are endangered worldwide, are sometimes illegally trafficked from Vietnamese tiger farms for use in East Asian traditional medicine.

A kgm of pure tiger bone paste can sell for up to 5,000 dollars on the black market.

Tiger paste is used to treat ailments such as headaches.

While tigers were once common in Vietnam’s forests, scientists are unsure whether there are any left in the wild.