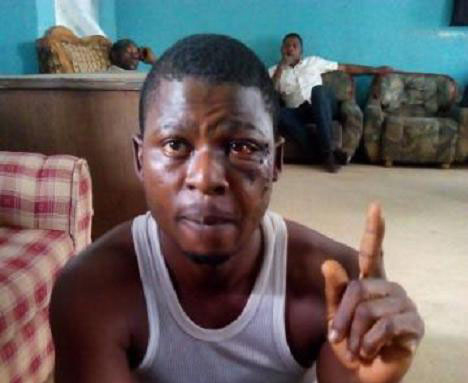 A 34-year-old student of Osun State University, Osogbo, Akanbi David was on Tuesday remanded in Ilesa Prison by an Osogbo Chief Magistrates’ Court over alleged murder of his colleague, Amodu Kazeem.

The accused is facing a two count-charge of murder and conspiracy.

The Chief Magistrate, Mr Olusola Aluko, said he ordered the remand of the accused due to the magnitude of the offence against him.

The accused’s plea was not taken by the court.

The magistrate, however, adjourned the case until May 5 aforementioned.

Earlier, the Prosecutor, ASP Mireti Wilson, told the court that the accused committed the offense on Jan.16 at about 5.00p.m., at Oke-Baale, Osogbo.

Willson said that the accused conspired with one person now at large to murder Kazeem by stabbing him with a knife on his chest.

He also said the accused had a disagreement with the deceased over a business deal which led to the incident and the subsequent death of Kazeem.

“Both the accused and the deceased are students of Osun State University, they had a fight on an issue which led to the death of one of them,’’ he said.