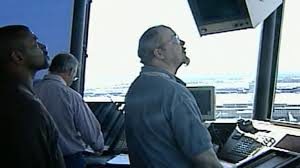 The Civil Aviation Authority of Vietnam (CAAV) on Wednesday suspended three air traffic controllers, including one who fell asleep while on duty, for causing delays of two flights.

“The crews on two flights of budget airline Vietjet Air, one departing for South Korea and the other arriving from the southern Ho Chi Minh City, could not contact the air traffic control.

“They could not contact the air traffic control for over 30 minutes on March 9 at Cat Bi International Airport in northern Hai Phong City,’’ it noted.

CAAV stated that the incident was a threat to safety, adding that the head of the air traffic control section was also suspended.

The authority also requested violating controllers to be fined.

“The flights were eventually able to depart and land successfully,’’ the authority said.