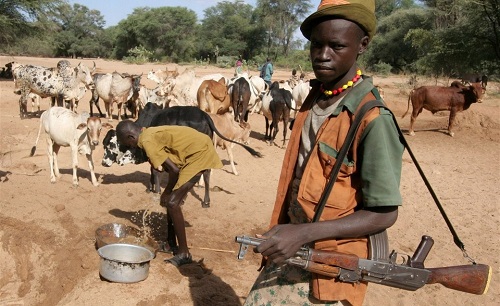 The Police Command in Katsina State has given repentant cattle rustlers a 40-day ultimatum to surrender all arms and ammunition in their possession or face the consequences.

The Police and the State Government have recently organised the handover of weapons by the former rustlers in Kankara Local Government Area.

The Commissioner of Police in the state, Alhaji Usman Abdullahi, gave the ultimatum while addressing officials of the state chapter of Miyetti Allah Cattle Breeders Association of Nigeria (MACBAN) on Wednesday in Katsina.

“I advise the repentant cattle rustlers to surrender all weapons in their possession.

“Those in possession of Arms and Ammunition have 40 days to surrender them to the police and nothing will happen to them.

“The former rustlers have up to April 30 to present such weapons to their Police Divisional Headquarters or the Police State Command,” he said.

Abdullahi stressed that the police were aware that the repentant cattle rustlers handed over only one-quarter of the arms and ammunition in their possession.

“Anybody caught with arms and ammunition after the April 30 deadline will face the wrath of the law,” the commissioner warned.

The State Chairman of the association, Alhaji Mannir Lamido, pledged that members of the union would operate within the ambit of the law.