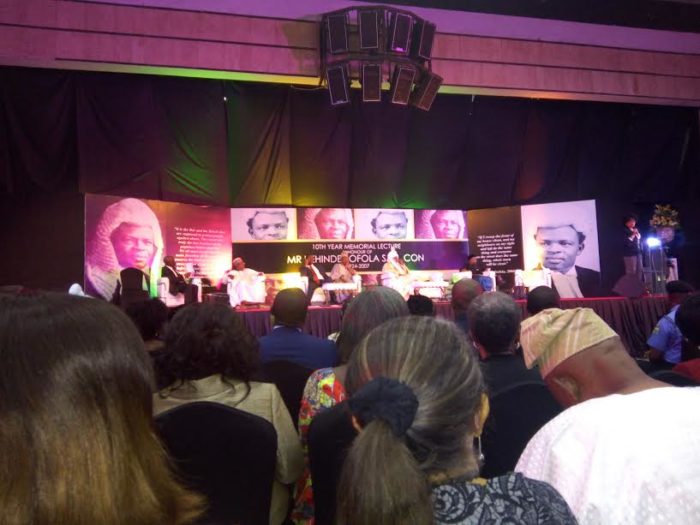 Eminent Nigerians from all walks of life, on Thursday extolled the laudable contribution of the late legal icon, Kehinde Sofola, SAN, to the legal profession and Nigeria, at his 10th year Memorial Lecture, held in Lagos, Southwest Nigeria.
Speaking at the lecture which was held at the Shell Hall of the MUSON center, they described Sofola as a corrupt free Nigerian and a disciplined lawyer who always stood for justice during his life time.
The Emir of Kano, Sanusi Lamido Sanusi, who was the chairman of the occasion, commended the leadership virtue of the late legal luminary.
Guest lecturer, Dr Wale Babalakin, who gave a lecture on “The role of the Legal Profession in Nation Building: The Nigerian Context,” said the topic was better discussed in the memory of Sofola.
Babalakin described him as being passionate about the law and committed to God and his faith.
The Secretary to Ogun State Government, Taiwo Adeoluwa, said Sofola’s achievements were well documented, adding that his personality had grown well beyond Ogun state.
He thanks his children for organising such lecture in his honour, adding that Ogun State was proud of him.
Retired Justice Ayotunde Phillips described Sofola as boss, mentor, teacher, brother, friend and father.
Femi Falana described Sofola as one of the greatest lawyers that ever lived, while commending his idea, integrity, courage and commitment to Nigeria.
“Many lawyers passed through him. He never associated with corrupt judges. He’s very upright,” he said.
Other discussants at the occasion included: Professor Isabella Okagbue, Dr Junaid Muhammed and Justice Bimbo Obaseki-Adejumo.
Tags:   Sofola