FIFA’s Former Doctor Warns Footballers Against Use Of Painkillers 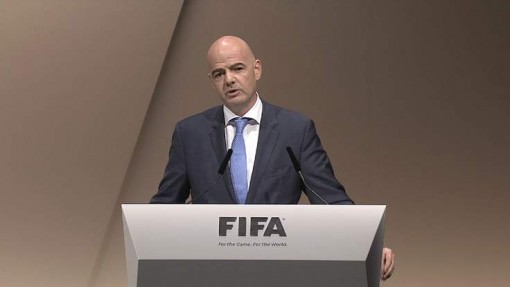 About half of players competing at the past three World Cups routinely took non-steroidal anti-inflammatory drugs like ibuprofen, claims Dvorak.

He says it is still an “alarming trend” among players, including teenagers.

“It has become a cultural issue, part of the game,” said Dvorak.

“It is absolutely wrong,” added the Czech, who left FIFA in November after 22 years.

“For me it’s clearly abuse of the drugs – that’s why we use the word alarming.”

However, the Professional Footballers’ Association —- the players’ union in England —- said misuse of painkillers was “not a major issue” among its members.

Former England international defender Danny Mills says painkillers in football have always been widespread —- “and always will be”.

“I’ve been in many dressing rooms where I’ve seen other players pressured into playing with painkillers,” he said.

Mills added that players at the top level of the game did not see them as an issue because they were legal and often monitored by health professionals.

But he felt some players lower down the league ladder might suffer problems without that safety net in place.

A government-commissioned review into safety and wellbeing in British sport, headed by 11-time Paralympic champion Baroness Grey-Thompson, is due to be published imminently.

Dvorak collected data about the intake of medication by all players at every FIFA tournament between 1998 and 2014.

He discovered that almost 50 per cent took “everyday’’ anti-inflammatory drugs and painkillers that are available over the counter.

He previously raised these concerns when he was employed by FIFA, but claims that the world governing body has still not addressed the issue appropriately.

FIFA says its stance on the issue has not changed since Dvorak first warned about the long-term implications of players misusing painkillers in 2012.

The misuse of legal medication could “potentially” have life-threatening implications for players, claims Dvorak.

“We have to make a strong statement for the players: wake up, and be careful,” he said. “It is not that harmless and you can’t think that you can take them like cookies. It has side-effects.”

Only one English-based footballer has raised concerns about the misuse of painkillers directly to the PFA in the past decade, according to head of player welfare Michael Bennett.

“It was an individual with a back problem and he was taking ibuprofen tablets to get through games and training with it,” Bennett said.

“The issue arose more when he left the game, when he realised he was still taking them and it was a continual problem for him.

“He addressed the issue by going to see his personal GP and decreased the medication he was taking, and coming off it.

“In my time of working in this field, about eight or nine years, that is the only person who has had an issue with painkillers.