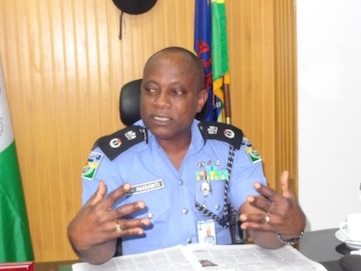 The Assistant Inspector-General of Police, Zone 2, Kayode Aderanti, on Thursday met with leaders of various ethnic groups living in Sagamu, Ogun, as part of efforts to promote peaceful co-existence.

Aderanti said that the move was part of proactive measures to forestall situations that could result in ethnic clash among the residents similar to the recent one in Ile-ife, Osun, between the Hausas and the Yorubas.

The AIG explained that the choice of Sagamu was informed by its cosmopolitan nature which plays host to different nationalities in the country.

“We in Zone 2, one of our policies is to be proactive.

“We are here to meet all the ethnic leaders because we believe that without peace, there will not be any meaningful development.

“Sagamu has the largest concentration of different ethnic groups in the country.

“We want everyone to live in peace and so we are hereby encouraging you people to live as brothers and sisters.

“It is in the interest of our national security that you live in peace.

“There is nothing government can do when there is anarchy.

”I urge you the leaders in this community to ensure that you enlighten your people on the need to live in peace and harmony,” he said.

The Sarkin Hausa of Sagamu, Alhaji Inuwa Garba, who spoke on behalf of the ethnic leaders, assured the AIG that they would partner the police in ensuring continued peace in the area.

Other leaders at the meeting are the Eze-Ndigbo of Sagamu, Chief Gilbert Chukwuma and Sarkin Fulani of Sagamu, Alhaji Salisu Garba.

Aderanti’s had earlier held meeting with members of the Remo Traditional Council at the palace of the late Akarigbo of Remo where he urged them to always settle possible rifts among the people before it escalated.