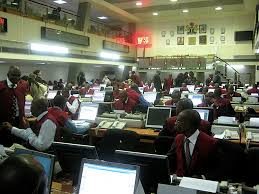 The Chief Magistrate, Mrs A. F. Adeeyo, who gave the ruling, said the accused should produce two sureties in like sum, with one of them being a blood relation who must not be self-employed.

Ajayi, whose address is unknown, had pleaded not guilty to a three-count charge of obtaining by false pretence, forgery and stealing.

Earlier, the prosecutor, Sgt. Ibijoke Akinpelu, told the court that the accused defrauded two persons of the sum of N22.6 million on the pretext of converting the amount to U.S dollars.

Akinpelu said that Ajayi fraudulently obtained the sum of N4.1 million from one Seindemi Olabayo and N18.5 million from one Oluwafemi Oladehinde, assuring them that the money would be converted to U.S dollars.

She said that the accused also backed up his fraudulent act by forging an FCMB bank statement of account.

The case was adjourned till April 6 for mention.