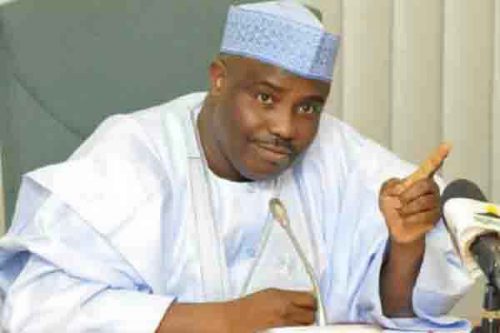 A Sokoto State Sharia Court on Friday issued a bench warrant for the arrest of a Senior Councillor in the Sultanate Council of Sokoto and Magajin Garin Sokoto, Alhaji Hassan Danbaba.

Justice Umar Sifawa, gave the order in a ruling on a motion filed by the National Vice Chairman of All Progressives Congress (APC), North-West, Alhaji Inuwa Abdulkadir.

Abdulkadir had dragged Danbaba, the grandson of the late Premier of Northern Nigeria, Sir Ahmadu Bello, to court for alleged defamation of character.

He alleged that Danbaba had in a publication in August, 2016, described his late father as a ” slave bought by one Gwaggo, for two shillings”.

The complainant had told the court that Danbaba said that he (Abdulkadir) did not take adequate care of his late mother.

The respondent had filed a notice of appeal on the ground that the court had erred by issuing a summon on March 13 and March 22, giving him only two days to appear before it for his defence.

This, he averred, was in violation of section 36 ( 6) ( B), of the Constitution that states,” every person charged with a criminal offence shall be entitled to be given adequate time and facility for the preparation of the defence”.

Danbaba had also filed a motion on notice praying for the stay of the court’s proceedings, pending the determination of his appeal at the State High Court.

The counsel to the complainant, Mr John Shaka, on Friday urged the court to strike out both the respondent’s motion on notice and notice of appeal.

Shaka had also prayed the court to order the Inspector-General of Police to arrest and produce the respondent before the court.

The counsel to the respondent was, however, not in court on Friday.

In his ruling, Sifawa refused to grant the prayers of the complainant to strike out the respondent’s motion on notice and notice of appeal.

The Judge said, ”it is premature to do so as the accused should be given another chance to present his case, if he wishes to do so”.

Sifawa, however, granted, in part, the prayer seeking the issuance of an order to the IGP for the arrest and production of Danbaba.

He said:” This is to the effect that a bench warrant shall be issued immediately for the arrest and production of accused before the court.

”But, the order is to the CP of Sokoto State and not the IGP as applied for, to arrest the accused wherever he is found in Nigeria, pending further instructions by the court.”

The judge adjourned the case till April 6.