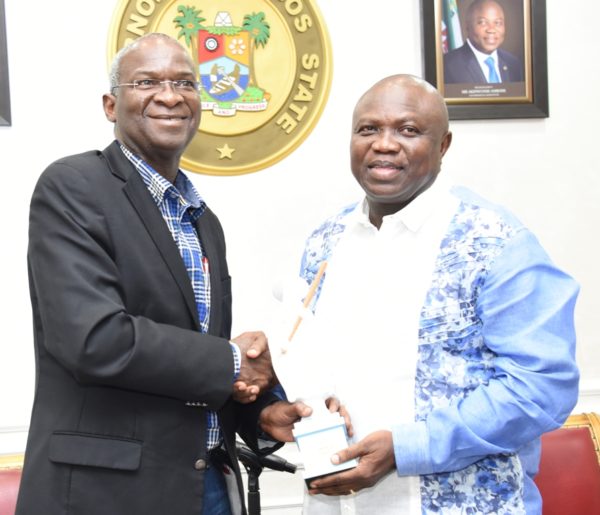 The Federal Government on Saturday said it was ready to support states to generate `captive power’ as a permanent solution to the problem of electricity in the country.

The Minister of Works, Power and Housing, Mr Babatunde Fashola, gave the assurance when he paid a courtesy visit on Governor Akinwunmi Ambode of Lagos State in Ikeja.

A captive power plant is a facility that is dedicated to providing a localised source of power to energy users.

Such users are typically industrial facilities or large offices.

The plants may operate in grid parallel mode with the ability to export surplus power to the local electricity distribution network.

Fashola, who is on inspection tour of ongoing projects in the South-West region, was accompanied by top officials of the three ministries.

He said the federal government was making efforts to expand the capacity of the transmission stations in Ayobo and Odogunyan and Ikorodu, while that of Alagbon in Ikoyi had been completed.

He said that the federal government was ready to assist Lagos and other states in generating captive power, particularly in rural areas.

“We want all states to get involved, and wherever it is possible, to use captive power, especially in the rural areas.

“We will be happy to give our support, but we want all of these to happen in a regulated environment where the left hand knows what the right hand is doing,’’ Fashola said.

The minister said he had made recommendations about the rehabilitation of some federal roads in Lagos, including the Apapa-Creek road to Tin-Can, Oshodi and Oworonshoki to the Federal Executive Council.

He appealed to Ambode to support the proposed Joint Task Force to recover the right of way, especially in Ebute-ero area of the state.

“We have challenges of the `Right of Way’ across the length and breadth of the country and Lagos State is not excluded.

“We want to appeal to you to help us recover the right of way; we think that it is unfair to do business at the expense of other residents.’’

On debt owed some states, the minister said the federal government planned to raise funds, through bond instrument, to clear the debts.

Responding, Governor Ambode said his administration was ready to offer support in the areas of power, housing and development of infrastructure for the benefit of Lagos residents and Nigerians at large.

He also used the occasion to thank Fashola, who is his predecessor in office, for his meritorious service to Lagos and the country.