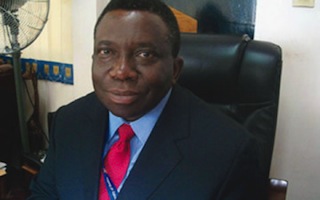 The Federal Government on Friday said it declared total war against the scourge of tuberculosis (TB) in the country.

The Minister of Health, Prof. Isaac Adewole, made this known at the launch of a laboratory for tuberculosis diagnosis at Kuchigoro Primary Health Centre, Abuja, to mark the 2017 World Tuberculosis Day with the theme “Unite to End TB.’’

Adewole, while inspecting the health centre, says TB is a chronic disease which affects the organs of the body especially the lungs.

He said that the main symptoms of the disease were prolonged cough, weight loss, night sweat, coughing out blood and fatigue.

He added that statistics show an increase in TB cases in the last two decades in the country, partly due to HIV, overcrowding, poverty, humanitarian crisis and other factors.

The minister reiterated Federal Government’s commitment toward eradicating the
menace, saying “the tuberculosis laboratory contains equipment that ‎will be used in
detecting and treating the disease in the country.

He said Federal Government established 318 TB centres in Nigeria, noting that
same would be done in every part of the country.

He explained that “we currently have over 300 TB centres in the country; our target is to have
one centre in every local government; that will give us about 774 centres
but we are just about half way but we shall get there.

“Not only that, we are aware of the development of MDR-TB, which is posing additional challenge on our people.

“We are increasing our ability to diagnose this MDR-TB and increase the number of
laboratories we have.

“As at today, we have nine but we are going to increase it, the one in Abia is almost ready for launch; this administration is working hard to make sure that we end TB by 2035.’’

Aderonke Agbaje, the Associate Director for Global Fund Programme, Institute of Human Virology Nigeria (IHVN), said that the laboratory donated by the Institute was worth 20,000 dollars.

Agbaje, who was represented by Dr Patrick Dakum, the Chief Executive Officer of IHVN, said that the Institute was also providing technical support to the health centre.

She added that another dangerous stage of TB called MDR-TB had been discovered and stressed the need for constant check.

She urged any person who had been coughing consistently for two weeks to seek medical help, saying that TB test and treatment were free in government hospitals.

Observed annually on March 24, the World Tuberculosis Day is to spread awareness about the disease, communicate prevention measures and precautions, as well as to commemorate efforts undertaken against the disease.

The date was earmarked following the discovery of Mycobacterium tuberculosis by German microbiologist, Dr Robert Koch in 1882 when the disease had much of Europe and America under its grip.

At the 100th anniversary of the discovery in 1982, the International Union Against Tuberculosis and Lung Disease (IUATLD) suggested that the day be observed as World Tuberculosis Day.

Tuberculosis is an airborne disease which travels through droplets by way of coughing or sneezing by an infected person.