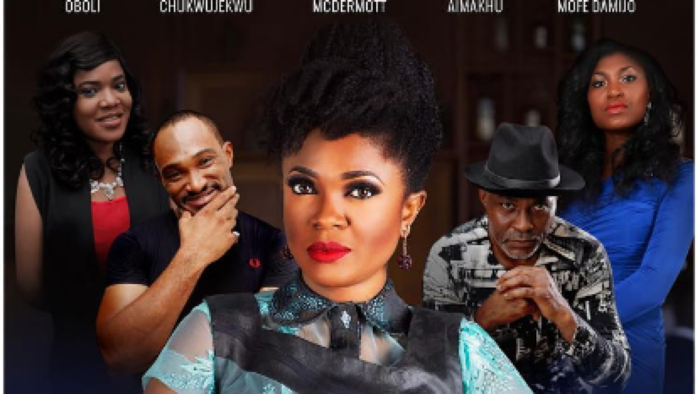 Movie lovers on Saturday took to social media to express their opinion after news broke that the movie premiere “Okafor’s Law” by Omoni Oboli, Nollywood actress, had been cancelled due to copyright infringement.

It was reported that Oboli had been served with court papers for allegedly ‘stealing’ the script for her new movie, Okafor’s Law.

Jude Idada, a Canada-based writer alleged that Oboli took the work he had done regarding Okafor’s Law and developed it without giving him due credit or remuneration.

“That is pure wickedness, at least the court or the third party would have given her the notice before now. Not when the audience were seated just an hour to the premier of the film,” said Ladi Lawal on twitter.

However, Melody Mary said “excellent! I am happy to see this. You all keep stealing people’s intellectual work. Best time to get served. And to all you big shot producers who keep stealing from the upcoming, we are coming with lawyers this time.

“Omoni, its either you give the original author a cut from the deal or you throw your investments away.”

Another movie lover, Mimi also wrote on twitter that “there is no smoke without fire. You ignore this and the person beat you right in the ass. So, gather your lawyers and sort this out like educated persons instead of acting a fool.”

“Omoni, I should have dealt with this allegation a long time ago. This shows we don’t take intellectual theft serious in Nigeria,” Vanessa Bee said on twitter.

It was earlier reported that the Nollywood actress and producer had canceled the premiere of the movie.

The premiere, which was to hold in Lekki, Lagos, was canceled after she received an injunction on Friday.

A production company, Raconteur Productions, had filed a suit against her alleging that she infringed on the writer, Jude Idada‘s intellectual property.

Idada claimed that ‘Okafor’s law’ was his original idea which Oboli allegedly stole without giving him credit.

However, the actress who was in tears, insisted that the film was her idea.

She said “I’m sure some of you heard some allegations sometime ago but it is my story, my script and my movie. It was written 100 per cent by me.”

This means that barring some changes, the film originally scheduled for cinemas on March 31 would now have to wait a little longer.