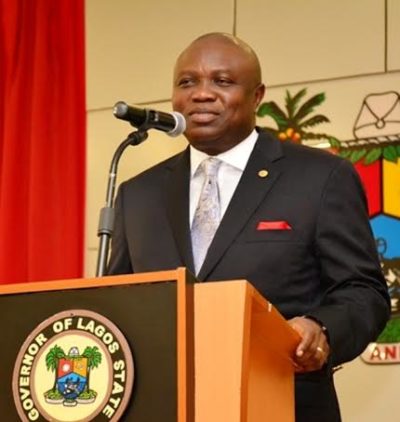 Lagos State-based political groups have described Governor Akinwunmi Ambode as a very hard working man who has transformed the state within a very short period.

The groups, which included the Awori Youth Vanguard (AYV); Lagosians Future Group (LFG); Asiwaju National Forum (ANF); De-Fash Movement (DFM), among others, noted that with all the challenges facing the mega city from insecurity, bad roads, environmental degradation, traffic congestion, among others, Ambode had diligently tackled the problem.

The groups, which spoke through its General Coordinator, Mr. Seyi Bamigbade, when he visited the completed Aboru- Abelekale -Abesan links roads newly constructed by Ambode also described the governor as an exemplary leader who placed premium on the welfare of the people.

The group commended the governor for his effort in linking all Lagos State inner roads, making the state safe for all and providing good educational system in the state.

Bamigbade said over 20 political groups, even from the opposition party were backing the governor because of his performance.

He said members of the groups cut across the local governments, local council development areas and in diaspora.

Bamigbade said the groups passed a vote of confidence on him after being convinced about Ambode’s leadership qualities, general concern for the common man and efforts to make life more meaningful for residents.

Bamigbade appealed to Lagosians to keep supporting the programmes and policies of the governor to ensure continuity of dividends of democracy.