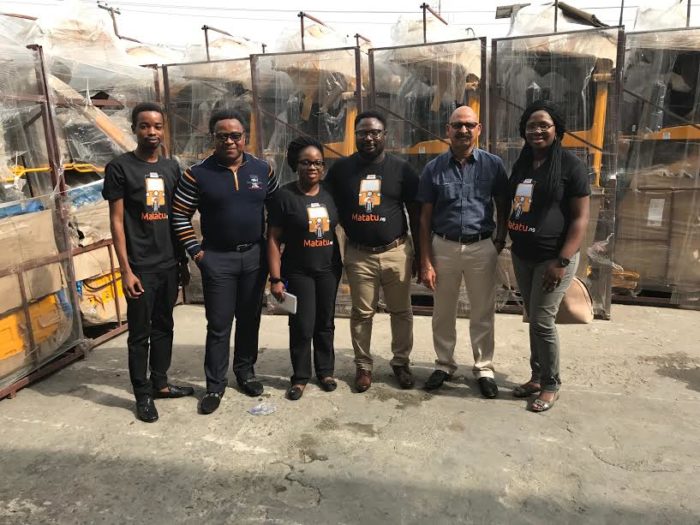 Lagos State transportation system is set to witness another revolution as an IT firm, Matatu has concluded plans to launched a Tricycle and Mini Vehicle mobile application across the state.

The App called ‘Matatu’ is designed specifically to enable passengers book tricycle,  popularly known as ‘Maruwa’ and mini vehicles from the convenience of their mobile devices.

Speaking about the app, Chief Executive Officer of Matatu, Samuel Ajiboyede said that Matatu is an idea conceived to make life easy for passengers by allowing them to engage the services of maruwa and minibus operators throw the app.

Ajiboyede, who explained that the app will be available on android and ios operating devices noted all passengers need to do is download the app on their mobile devices, registered their details and begins to use.

“What we have done is to simply elevate the maruwa and minibus transportation system with an app that will usher in convenience and safety. All is needed is download the app, registered for the service and you are good to go. Through the app, you can see available maruwa and minibus closest to you and book its’ service. Payment can be made through the app or with cash.

“On the other end, we have thousands of well trained maruwa drivers who have subscribed to the service and are equipped with devices to locate the nearby passenger who requires their services. For safety and convenience, all maruwa owners signed to our system are duly registered and their maruwa must not be more than two years old.

“This will also apply to the mini vehicles which Lagosians are increasingly patronising ,” he said.

Ajiboyede further stated that his firm has held meetings with Lagos State Ministry where discussion about giving special access to Matatu to some restricted areas where Maruwa and Mini vehicles are presently not allowed to operate.

“We have had meetings with the state ministry of transportation on this technology. I can tell you that they are excited about it and have expressed readiness to work with us. ,” he said.

Ajiboyede  also added that his firm is working Tricycle Owners and Operators Association of Nigeria and other relevant stakeholders to ensure the app is launched and operated successfully.

Also speaking on scheme, Matatu’s  Executive Director, Business Efficiency, Kemi Ayinde said that the firm has concluded arrangement with a transportation company to inject about 12,000 tricycles into the state transportation system.

According to Ayinde, the 12,000 tricyles will be handed over to we’ll trained drivers registered under the Matatu scheme.

“What we are offering is not just an app, we are also offering an opportunity for people to be empowered. The Matatu scheme also allows people to invest into the maruwa business. All you need to do is to buy some maruwa and we operate it under the Matatu scheme on your behalf. I can tell you that people are already buying into the scheme even when we have not officially launched.” She said.

Mrs Ayinde also hinted that top tricycle manufacturers who have identified with the Matatu investment scheme  have agreed to sell their tricycles to subscribers at very low prices.

“Because we want more people to own Maruwa through our investment scheme, we have been in talks with top manufacturers and they have assured us that once we launch, they will sell to our prospective investors at an attractive price.”