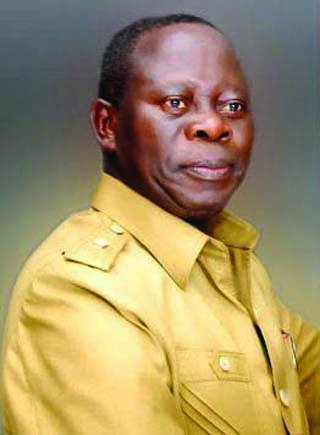 Former Governor of Edo, Mr Adams Oshiomole, has commended the transformation of the nation’s security agencies, saying the forces were now well primed to discharge their statutory functions.

Oshiomole, who was also the guest speaker at the occasion, said that in the past the operatives of the security agencies and some notable Nigerian were “somewhat above the law”.

He, however, said that now the situation had changed as anybody that violated the law of the land would be prosecuted.

“In the past, we believed that you cannot probe the armed forces for the fear that the military could overthrow the government, but now reverse is the case.

“Even former defence chiefs, former service chiefs are being questioned on how they looted the treasury and converted the fund meant to fight insurgency into personal money,’’ he said.

He urged Nigerians to cooperate with the Economic and Financial Crimes Commission (EFCC) in the fight against corruption.

Oshiomole said that all the agencies involved in anti-corruption fight must cooperate, form a synergy and standardise their operations.

Sen. Chukwuka Utazi, Chairman, Senate Committee on Anti-Corruption and Financial Crimes, said that the fight should be waged with strategies because the many faces of corruption required technical competence to identify and tackle.

He said, for this reason, EFCC should have competent professionals manning the various departments.

The Acting Chairman of EFCC, Ibrahim Magu, said the summit had become necessary as corruption had become a monster and more daring, while those that should tame it were sometimes busy engaging in turf wars.

He said the time had come for genuine synergy among agencies saddled with the constitutional and statutory responsibility to fight corruption in the country.

“Nobody has the monopoly of ideas about the fight, as we all have contributions to make.

“I urge you all to feel free and speak frankly, no view will be deemed too radical and no idea, however, seemingly will be considered foolish,’’ he said.

Magu challenged the participants to look seriously at the relationship between agencies involved in the fight against corruption and come up with proposals on how to harness the strengths to achieve the common national objectives of eradicating corruption.

“We at EFCC, are totally committed to the war against economic and financial crimes and corruption; people have suffered for too long to continue to be abandoned to the cruel fate imposed by crooks and thieves.

“I am irrevocably committed to leading the young men and women of the commission in taking the fight to the doorsteps of those who have looted the treasury and mortgaged our common patrimony.

“There will be no hiding places, as every Kobo taken illegally from the treasury will be traced, recovered and returned,’’ he said.

Participants of the two-day summit were drawn from anti-corruption agencies, ministries, departments, the academia, the civil society, professional bodies and religious groups, among others.