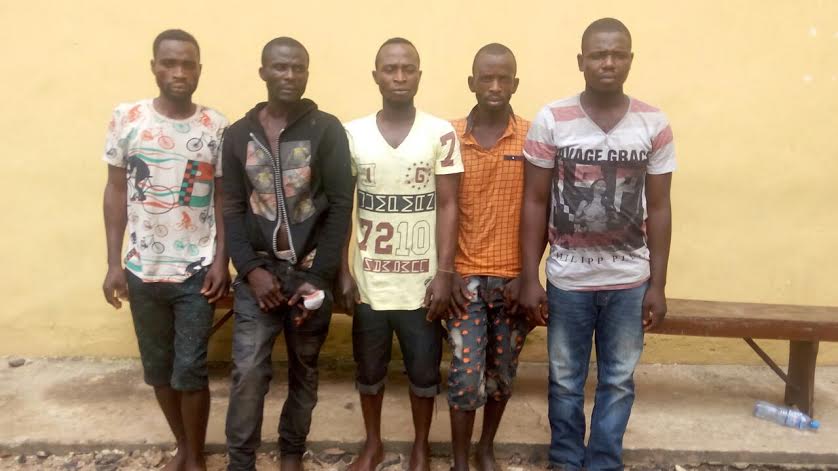 The Nigeria Police Force says it has arrested four suspects responsible for kidnapping and armed robbery cases in Rivers and other South-South states.

Briefing newsmen on the arrests in Abuja on Tuesday, the Force Spokesman, CSP Jimoh Moshood said the police arrested Obi and Ndukwu at Umuike Allu area of Rivers on March 20.

Moshood said that a student (name withheld) of the Federal University of Technology, Owerri, Imo who was kidnapped was rescued from the suspects.

The spokesman said that Ezechukwu and Amadi were arrested at Umuanwa community in Ekwerre Local Government Area of Rivers for kidnapping their landlady and her son who were also rescued.

He said that items recovered from them included, locally made revolver pistol, four live ammunition, and expended ammunition.

The spokesman said that the suspects had been identified by victims and would be charged to court on completion of investigation.

In a related development, Moshood said the police had arrested two suspected cultists, John Oteh, 25, and Atochi Oteh, 41, at Ebitanwo/Rumuakude communities of Rivers.

He said the suspects were arrested by the Inspector-General of Police Monitoring Unit in Rivers on March 20, when they swooped on their “Iceland Confraternity” den.

He said that the cultists had confessed to the crime and other robbery cases linked to them.

“They will be charged to court on completion of the investigation,” he said.

He assured the people of Rivers and other states of adequate security and implored them to cooperate with the police.