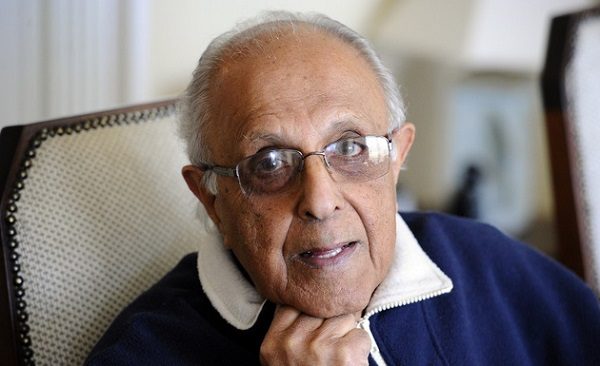 Ahmed Kathrada. Before his death, he left a statement that President Zuma should not attend his funeral to protest Zuma's use of public funds to upgrade his rural home

Veteran South African anti-apartheid activist Ahmed Kathrada, who was sentenced to life imprisonment with Nelson Mandela for treason, died on Tuesday after complications following surgery, his foundation said on Twitter.

“Ahmed Kathrada has passed on. Details to follow,” the Kathrada Foundation said just before 6 am local time (0400GMT).

Affectionately known as “Uncle Kathy”, the 87-year-old liberation struggle stalwart was hospitalised in Johannesburg earlier in March after surgery to relieve blood clotting on the brain.

On Monday, the Foundation said his condition deteriorated rapidly and was “serious” with pneumonia affecting both lungs.

Kathrada, who dedicated his life to fighting the racial injustice of white-minority rule, was also one of the most senior African National Congress (ANC) leaders to criticise President Jacob Zuma’s presidency as allegations of government corruption and maladministration mounted.

In 2016, Kathrada wrote an open letter calling on Zuma to resign as a series of scandals, from using taxpayers money to upgrade his rural Nkandla home to summarily firing former finance minister Nhlanhla Nene in 2015, rocked Africa’s most industrialised economy.

“I am not a political analyst, but I am now driven to ask: “Dear Comrade President, don’t you think your continued stay as President will only serve to deepen the crisis of confidence in the government of the country?,” Kathrada said then.

Born to immigrant Indian parents in the small town of Schweizer-Reneke in the North West province just before the Great Depression in 1929, Kathrada became involved in politics at the age of 12 when he distributed leaflets for the Young Communist League of South Africa.

Following decades of activism, Kathrada was sentenced to life imprisonment and hard labour in 1964, together with seven other ANC luminaries such as Mandela, Walter Sisulu and Govan Mbeki, after a guilty verdict during the Rivonia treason trial.

Jailed at the age of 34, Kathrada spent the next 18 years at the maximum security section of apartheid’s most notorious prison, Robben Island, a few miles offshore Cape Town city.

He was moved to Pollsmoor prison in 1982 and was released from jail on Oct. 15, 1989, at the age of 60, having spent just over 26 years in jail for his anti-apartheid activities.