Abortion Counselor Confesses: After 5 abortions, I kept the 6th 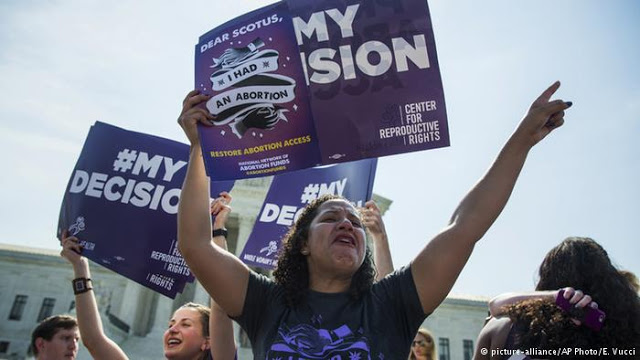 “I had five abortions but decided to keep one pregnancy to have a deal with God.

“I was traumatised due to the abortions because milk was coming out from my breasts but there were no babies to suck them until the sixth pregnancy,’’ a post-abortion counsellor told journalists in Lagos.

Ms Jackline Gandi, a Kenyan in her late 20s, said these at the ongoing African Regional World Congress of Families organised by the Foundation for African Cultural Heritage (FACH).

Gandi shared her life experiences regarding post-abortion psychological traumas and how she has been using the experiences to counsel people with similar problems in Kenya.

Gandi said, “My father and mother were separated when my brother and I were young, and my father married another wife who never had time for us.

“My father was a figure-head because he was never around to play his roles. This made me to fall in love with a foreigner who was meeting all my needs.

“I got pregnant for the man but he travelled outside Kenya without communicating with me. That was my first pregnancy.’’

Gandi urged parents to create time for proper nurturing of their children to avoid sexual abuse by men.

The young woman said that her family members frowned at her pregnancy and that she had to abort the pregnancy since her boyfriend was nowhere to be found.

Gandi said that when her boyfriend returned and demanded for the baby, she lied to him that she suffered a stillbirth due to the stress of looking for him.

She said that after that relationship, she went into other affairs, drugs and alcohol consumption.

“My submission is that let me enjoy myself in this world before I go into the grave, and these affairs led me to aborting four other pregnancies.

“However, I decided to keep the sixth pregnancy as a deal with God and saying Lord, remember me in your goodness for keeping this pregnancy,’’ she said.

She advised young women to shun abortion, drug abuse and alcoholism which, she said, could create psychological problem and ruin their future.

She also called on those already having psychological trauma to seek counsel.

According to the counsellor, the baby from her sixth pregnancy is seven years old now and has started schooling.

“At times, I loved the baby and sometimes hated her; several times I would kick her and attempt to kill her because she was reminding me of all the several abortions I had done.’’

She said that she was haunted by the post-abortion traumas and depressions and knew that she needed counselling.

Gandhi said that proper counsel helped her to decide to move on with life and secure a job at an abortion clinic.

“I fell in love with my job which made me get promotions regularly and earned more money.’’

“However, I left the job when I realised that the clinic was into illegal practice.

“I decided to drop my resignation letter,’’ Gandi, currently working with the Pearls and Treasure Trust in Kenya, said.

The News Agency of Nigeria NAN) reports that the organisation is into post abortion support and counselling, crisis pregnancy intervention, sexuality talks and healing programme.

The organisation is also into ladies’ mentorship, abortion education and teenage mothers’ empowerment.

She said that she decided to join Ms Akech Aimba, the Executive Director of the organisation, to run the programmes for victims of abortion.

“I am happy to join Aimba to advocate `no-to-illegal abortion’ because it causes serious post- abortion psychological trauma to women and girls.

“I now intervene on behalf of girls and women in crisis pregnancy, and run safe, non-judgmental and confidential counsel for women suffering from psychological, emotion and effects of abortion,’’ she said.

Also, Miss Aketch Aimba, the Executive Director, Pearls and Treasures Trust, advised parents and governments to address sexuality issues among girls who, she said, were prone to sexual abuses.

Aimba currently in her 30s said that she aborted two pregnancies before she attained 18 years.

“Many women, who are sexually abused, become pregnant and go for abortion because they are always financially down and depressed.

“When in such states, they need healing, hope and restoration,’’ she said.

Aimba said that empowering teen mums, by mentoring them back to the path of responsible sexuality and exposing them to skills to support their children, were important.

She also cautioned young people against the bad peer influence.

“I was raised in the rural area, experienced low self esteem and was naïve. Because those around me were into relationships, I decided to have a relationship.

“The first time I tried sex; it was not a penetrative one but I still became pregnant without knowing until after the second trimester.

“I had to abort the pregnancy because I was scared and not ready for motherhood. After that, I was into another relationship which also resulted into another abortion.

“I was emotionally and psychologically down which made me to hate people around me; I tried to commit suicide twice but they were not successful,’’ she said.

Aimba said that she, however, got help from a centre that was into `healing’ therapy.

She said that many people with history of abortions would need post-abortion counselling.

“Government should set up post-abortion clinics where people with the challenge can be given counsel.

“Post-abortion depressions may not manifest in their victims immediately after the actions, but such cases can be handled by such clinics when they show up,’’ she said.