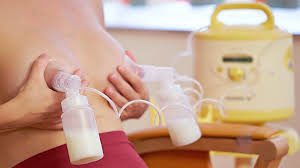 Cambodia on Wednesday banned the export of breast milk, following international outcry after a local newspaper revealed it had been exported to the U. S.

The decision was announced by state news agency Agence Kampuche Presse (AKP) in a letter from Secretary of State Ngor Hong Ly.

“Cambodia is not that poor to sell breast milk from mothers,’’ Ngor Hong Ly stated in the letter dated March 28, according to AKP.

The story first came to international attention in December 2015 when the Phnom Penh Post, an English daily newspaper in Cambodia, reported on the trade.

The newspaper reported that Utah-based Ambrosia Labs was selling breast milk frozen in Cambodia and pasteurized.

A pack of ten five-ounce sachets (around 140 grams each) retailed for 195 dollars online while a pack of sixty costs 980 dollars, according to the company website.

Cambodian women were paid between seven and 10 dollars a day for their contributions, according to the Post.

Ambrosia Labs markets to U.S. mothers who cannot produce their own milk.

Other websites that sell breast milk include onlythebreast.com which connects mothers buying, selling, or donating their milk.

U.S. magazine Men’s Health reported in 2015 that bodybuilders also consume breast milk as a “superfood’’ because of its high-calorie and nutrient-dense attributes.

The U.S. Food and Drug Administration do not regulate the trade but it is legal in the U.S., where non-profit donation banks also existed to collect human milk used in neonatal intensive care units.