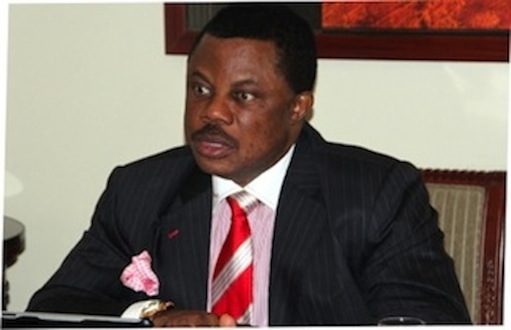 Gov Willie Obiano on Wednesday swore in 21 Local Government Transition Committee nominees shortly after they were confirmed by the Anambra House of Assembly.

Obiano sent the list of nominees to the state assembly on March 23.

The tenure of the transitional committee, including 326 councillors as approved by the state assembly, is three months after which it could be renewed or fresh appointments made.

Speaking on behalf of his colleagues, the Chairman of Nnewi North, Mr Chukwudi Orizu, thanked the legislators for confirming their appointment.

Orizu, a former Deputy Speaker of the state assembly, pledged that they would not betray the trust reposed in them by the governor and the lawmakers.

Earlier, while addressing the transitional caretaker chairmen, the Speaker, Mrs Mrs Rita Maduagwu, reminded them that they were the closest government to the grassroots and urged them to work assiduously to better the lives of the rural populace.

NAN reports that two other former members of the house — Mr Collins Nwabunwanne who represented Ayamelum state constituency and his Dunukofia counterpart, Mr Uchenna Omerie — were among the local government transition committee chairmen.