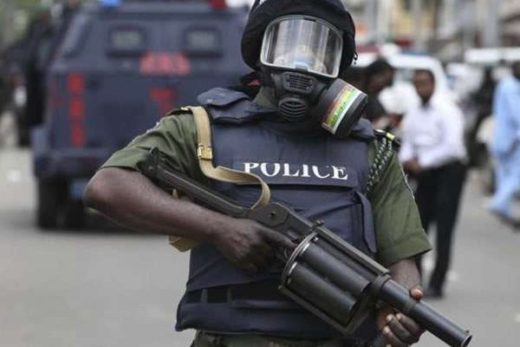 The Enugu State Police Command on Thursday confirmed the death of a notorious armed robbery suspect, Chukwuemeka Ugwu, who operated in Enugu and Abakaliki, after gun duel.

The Command’s Public Relations Officer, Mr Ebere Amaraizu, confirmed the death via a statement he issued on Thursday in Enugu.

Amaraizu said that the unrepentant armed robbery suspect had served years of imprisonment in Enugu and Abakaliki prisons in recent time.

“In the morning of March 28 and through intelligence information, the armed robbery kingpin, Chukwuemeka Ugwu, alias Akpuike, was trailed by police anti-robbery squad to his criminal hideout at Aguowa axis of Trans-Ekulu in Enugu.“

He explained that gun duel ensued between the suspect, his boys and the police anti-robbery squad when he sighted the police operatives.

The spokesman said the suspect was overpowered by the superior fire power of the police, who had laid siege for him in a carefully coordinated operation.

“The suspect was promptly rushed to the University of Nigeria Teaching Hospital, Ituku/Ozala for medical attention, “he said.

Amaraizu said that the doctor on duty later confirmed him dead.