Africa to get 9 World Cup places 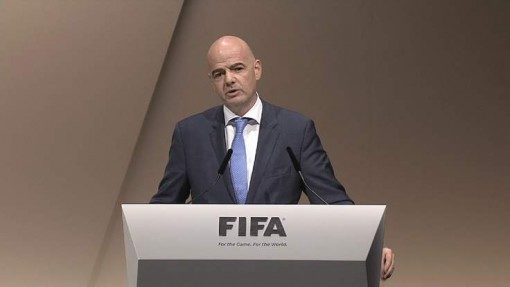 On Thursday, FIFA suggested Africa’s current tally of five berths will nearly double when the tournament expands to 48 teams in 2026.

“We aren’t saying we will win the World Cup with that number, but our chances will increase.’’

The decision needs to be ratified when the FIFA Council meets in May, and this is expected to happen.

This is because president Gianni Infantino and all six confederation presidents, according to a FIFA statement, agreed on (the) proposed slot allocation.

Geremi, who played at the 2002 and 2010 World Cup for the Indomitable Lions, believes the increased participation will help Africa in two ways.

“Most of our federations in Africa don’t have money. So, imagine that for those who qualify the income they will get from FIFA for that qualification will help develop many things in Africa.

“And this means the future looks very good,” said the onetime Chelsea midfielder.

“Secondly, imagine all our biggest nations qualifying for a World Cup — teams like Cameroon, Senegal, Ghana, Egypt, Morocco and Nigeria — you will see that we will have better chances.

“We will have possibilities to reach the quarter-finals or semi-finals, which is one of our targets because we haven’t had any team reach that level so far.’’

The Black Stars were even just a missed penalty kick away from reaching the last four.

After FIFA’s announcement, former Namibia FA chairman John Muinjo said his delight at seeing Africa receive four more places was mitigated by the fact that Europe was going up to 16.

Muinjo felt this failed to redress an imbalance whereby Europe’s 54 members received 16 places while Africa’s 55 were getting nine.

“I would have been thrilled by the prospect of giving Africa 4 slots, but Europe is still going to be given 3 or so, for me the status quo remains,” he said.

“So, I’m not as thrilled as I was when the message (about the African teams) came through.”

Geremi believes that the improved infrastructure and football development in Europe can account for that tally, leaving aside the fact that the continent has won the World Cup eleven times.

Meanwhile, 1998 African Footballer of the Year Mustapha Hadji believes the increased opportunity for African teams means more players with dual nationality will opt for an African nation in future.

In the past, many players with African roots have opted to play for European teams instead.

For example, Zinedine Zidane and Marcel Desailly could have represented Algeria and Ghana respectively but both chose France instead, going on to win the 1998 World Cup.

“African players will be more motivated now that they know nine teams will be in the World Cup,” Hadji, who played for Morocco at those 1998 finals, said.

“I had the opportunity to play at the World Cup and I know how hard it was to qualify.

“Now, there is more opportunity for Africans teams and I think more players with the choice to play for France, England or wherever will now choose their own (African) countries because they will have a better chance of reaching a World Cup.”