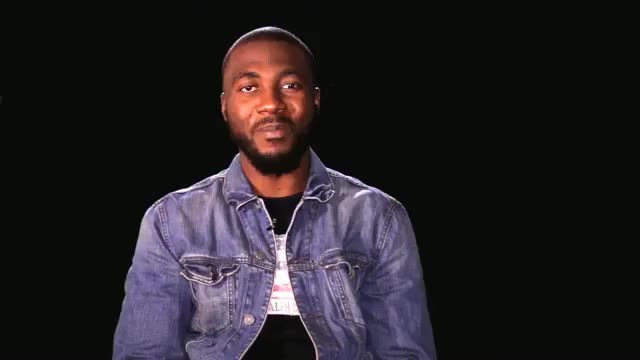 Bally is the latest housemate to be evicted in the ongoing reality TV show, Big Brother Naija.

He was evicted Sunday, after scoring the lowest vote from the fans.

It was a tight popularity race among all the four housemates, Tboss, Debie-Rise, Marvis and Bally who were slated for eviction.

Bally’s friend, Tola was in the house to take him away. Family and friends of the other five housemates were also at the live eviction show on Sunday.

Before the eviction, family members had the opportunity to talk to the housemates during the live show where Nigerian musicians, Davido and Nasty C performed.

Bally’s friend Tola told him he is proud of him. Bisola’s sister Adun, told her that she loves her and urged her to stay focused.

Debie-Rise’s friend and mentor Longrin, encouraged her to go-for-the prize money because ‘the world is watching.’

Also, Efe’s brother spoke with him and he encouraged him while Marvis’s sister, Maryann told her to keep the good work.

Tboss’s sister Wendy, told her she loves her and described her as ‘a star.’

In a brief chat with Ebuka, the anchor of the programme, Bally said, “I am surprisedly okay that I came this far; just a week to the grand finale. I thank God.

“I was indifferent throughout the week; I went there for a game and the people I met there will still remain my friends.

“Bisola and I have been friends and will still remain friends; Tony was her victim, but when he left, I became her victim,” Bally said.

He said he initially did not get along with Tboss, but they became friends much later. Tboss had told Bally he reminded her of her ex-boyfriend.

He said that the hardest part for him in the house was tolerance because according to him, the house comprised of people from different background.

Bally also said that he had a lot on his mind, adding that he would concentrate on Disc Jockeying (DJ) services and pursue other opportunities that could come his way.

Housemates evicted since the inception of the show in January are; Soma, Miyonse, Coco Ice and Gifty.

Others are Uriel, ThinTallTony, Bassey and Kemen who was disqualified for breaking house rule by fondling Tboss when she was fast asleep near him.

The high point of the Sunday show was the musical performance by Nigerian popular songwriter, singer and performer, David Adeleke also known as Davido.

There are now five housemates remaining to fight for the grand prize of N25 million and a brand new Sorento SUV on April 9.

The housemates are Efe, Bisola, Tboss, Debie-Rise and Marvis.