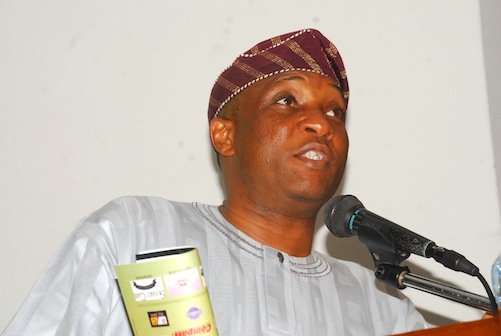 The Chairman of the Special Committee of Lagos State Government on the Clean-Up of Ikoyi, Lekki and Victoria Island, Mr Tunji Bello has read the riot act to all stall owners of the Giwa Barracks, Mammy Market overlooking Kingsway Road in Ikoyi whose customers block the road with their vehicles, to relocate the parking lot to inside the barracks or risk their vehicles being impounded.

Bello, who is also the Secretary to the State Government (SSG), spoke with newsmen on Sunday after an unscheduled inspection visit to the area as part of preparations for the commencement of the clean -pp of the inner streets.

He said the activities of the motorists who patronised the market, park their vehicles indiscriminately across the road and the setback was causing a hindrance to free flow of traffic in the area.

According to Bello, severally and at peak hours, the lanes for traffic on Kingsway Road which is a very vital link road had been reduced to single lane due to indiscriminate disregard for traffic rules by the motorists.

He said part of the options open to the State Government included walling off the whole stretch of the setback and drainage alignment which had been converted to parking lots despite repeated warnings.

Bello explained that the government was also in consultation with the military authorities on how the process of convincing the stall owners to relocate the outlets of the markets from the roads could be sped up and would not continue to tolerate distortions to its city master plan.

He reiterated the preparedness of the committee to implement the directive of Governor Akinwunmi Ambode on the commencement of the clean-up of the inner streets from next weekend.

Bello listed some of the streets that would be touched by the total Clean-up in inner Ikoyi to include Cooper Road, Cameron Road, Ademola Street and Akanbi Danmole Street, among others.

The SSG also said the additional mop up of already cleaned areas directed by the governor was already in progress, reiterating the need for all residents to assist in sustaining the gains of the exercise while the government continued with its advocacy programmes.

The committee also informed that in order to make the second stage of the clean-up exercise hitch-free, Mobile Courts would also be sitting to try all offenders on all days of the exercise.

“We will bring the full effect of the law to bear on whoever contravenes the provisions of the State Environmental Sanitation laws.

“For all the mechanics and roadside automobile engineers who have been dislodged from the major streets but have relocated to the inner streets and have converted all the walkways, playgrounds, you have still not reached your operating destination.

“The Special Committee will come after you when the second phase commences. The earlier you realize that there is no place for roadside mechanics, street traders, illegal shanties or abandoned properties in those areas, the better for you,” Bello warned.

He also reiterated the determination of the Ambode administration to restore the original master plan of Ikoyi, Victoria Island and Lekki by checking the activities of street traders, owners of shanties and roadside automobile repairers who have converted many dual carriage lanes to single lanes and walkways with indiscriminate parking and other forms of illegalities in the areas.