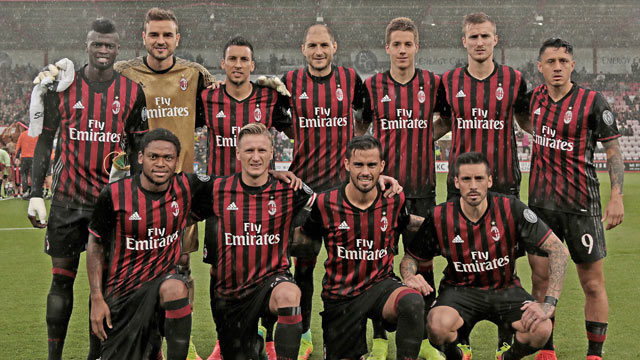 AC Milan’s European hopes suffered a setback when they were held 1-1 at basement side Pescara on Sunday after a rare mistake by 18-year-old goalkeeper Gianluigi Donnarumma.

In other matches played in the Serie A in Italy, Genoa fans turned their backs to the pitch in protest during a 5-0 home defeat by Atalanta.

Also, a late goal by Diego Falcinelli gave Crotone their first-ever Serie A away win as they won 2-1 at Chievo.

Milan gifted the Dolphins an early goal when Donnarumma missed the ball completely as he tried to control Gabriel Paletta’s back pass and it flew straight into the goal.

Mario Pasalic levelled before halftime but, in spite of dominating the second half, Milan failed to find a winner and were left seventh with 54 points.

They dropped four behind of fifth-placed Atalanta who were sent on their way when defender Andrea Conti met Leonardo Spinazzola’s cross with a superb overhead kick after 25 minutes.

Alejandro Gomez helped himself to a hat-trick, including one penalty kick, and Mattia Caldara also scored while Genoa had Mauricio Pinilla sent off just after the hour.

Genoa’s hardcore Ultra fans turned their backs to the pitch after the third goal.

Falcinelli curled in an exquisite effort in the 82nd minute to give Crotone a famous win which left them five points behind 17th placed Empoli and safety.

Andrea Belotti hit the post twice before finally scoring in the 83rd minute to take his season’s tally to 22 goals and give Torino a 2-2 draw at home to Udinese.

Palermo’s troubles continued as they were beaten 3-1 at home by Cagliari leaving them seven points adrift of safety in the drop zone.