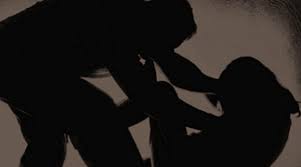 A 37-year-old photographer, Godwin Iyang, was on Monday charged with defiling his neighbour’s five -year-old daughter, at an Ikeja Chief Magistrate’s’ Court in Lagos State.

The accused, who resides at Ewa Ekeng Street in Idimu, a Lagos suburb, is facing a charge of defilement.

Ogu said the accused lured the girl into his apartment and had canal knowledge of her.

“The victim’s mother saw her daughter coming out of the accused’s room with semen on her pant.

“She reported the matter to the police and the accused was arrested,” he said.

The prosecutor said that the offence contravened Section 137 of the Criminal Law of Lagos State, 2011.

Chief Magistrate Taiwo Akanni granted the accused bail in the sum of N250, 000 with one surety in like sum.

She said the surety should show evidence of tax payment to the Logs State Government (LASG).

Akanni adjourned the case until April 12 for mention.