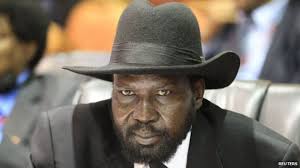 Intelligence officers on Tuesday said that no fewer 3,000 South Sudanese fled into neighbouring Uganda after government soldiers attacked the border town of Pajok.

The attack by government SPLA forces is the latest to hit southern towns near the Ugandan border as a three-year civil war spreads across the world’s youngest nation.

South Sudan government officials were not immediately reachable for comment.

“If you ran, you got shot. If you got arrested you got slaughtered,” said 35-year-old Lokang Jacky, drawing his index finger across his throat for emphasis.

Refugees and Ugandan intelligence officials said fighting started at 8:00 a.m. on Monday with a three-pronged assault on the town, which is normally home to 50,000 people.

“The town is completely empty,” a pastor who gave his name as Mondaa said.

“If they catch anybody, they will kill them.”

In late March, rebels loyal to former vice president Riek Machar said they freed prisoners from a jail in another border town of Kajo-Keji around 100 km (60 miles) south of the capital Juba.

But the government disputed this, saying the rebels had raided a prison, freed a number of people it described as prisoners-of-war, then left.

South Sudan gained independence in 2011 but slid into violence in late 2013 when rivalry between President Salva Kiir and his then-deputy Machar ignited a civil war that has often followed ethnic lines.

According to the UN the conflict has displaced millions from their homes, split much of the population along ethnic lines and paralyzed agriculture, leaving the country facing famine.